NEWS ( YOU WILL FIND NOTHING PRO-WAR IN TODAY’S LINKS. I’M SURE THE MSM IS HAPPY TO SEE THIS! )

Vladimir Putin brands Syria air strikes an ‘act of aggression’ as Russia warns of ‘consequences’ over bombing raids – “Russian ambassador to the United States, Anatoly Antonov, said it was not “acceptable” to insult Russia’s president” – James Cox and Charlie Parker

The US message to the world: Bow down and worship me! -The Saker

The War Machine Springs To Life Over Syria – Chris Martenson

Trump’s Air Strikes against Syria. The More They Explain, the Less They Make Any Sense! – Massoud Nayeri

Media Scoundrels Cheerlead US-Led Aggression on Syria – “Media scoundrels consistently support all US-led wars of aggression on nations threatening no one – attacked solely for their sovereign independence, refusing to bow to Washington’s will. Following overnight US-led aggression on Syria, screaming headlines expressed support for what demands condemnation. The NYT screamed “US Attacks Syria in Retaliatory Strike” – over nothing, the Times failed to explain.” – Stephen Lendman

Are We Over the US/UK Fomented Crisis In Syria? – “It appears from the very limited US missile attack, most of which were intercepted and destroyed by Syrian air defenses, that the US military prevailed over the crazed John Bolton and carefully avoided a strike that would have resulted in a Russian response. No significant Syrian site appears to have been targeted, and no Russians were endangered.” – Paul Craig Roberts

“They Kill Us for Their Sport” (VIDEO) – Stefan Molyneux

FLASHBACK: Here’s A List Of The Times Trump Warned Against Getting Involved In Syria – Justin Caruso   – OF COURSE THAT WAS BEFORE HE INSTALLED ALL THE NEO-CONS INTO HIS CABINET!!!!!!!!

The Deep State Closes In On The Donald: Mueller’s War, Part 2 – David Stockman

Why Theresa May Must be Impeached – Rob Slane

Preparing to Survive the Coming War – Dave Hodges  – A FEW GOOD TIPS FROM DAVE, THAT MOST PREPARED PEOPLE KNOW ALREADY. JUST IN CASE YOU DON’T!!!!

When Does Civil Disobedience Become a Requirement (VIDEO) – “When does conservative America refuse to follow the rules of the Deep State? How many freedoms are we going to sacrifice until we stand up and refuse to comply?” – The Common Sense Show

Anti-GMO Mosquito Activist in DC to Deliver Petition to EPA Found Floating Dead in Hotel Pool – “An anti-GMO mosquito activist was in Washington DC to deliver a petition to the EPA when she was found dead, floating in the pool of her hotel. Police are refusing to release details surrounding the case.” – Jay Syrmopoulos

Psalm 68:30   Rebuke the company of spearmen, the multitude of the bulls, with the calves of the people, till every one submit himself with pieces of silver: scatter thou the people that delight in war. 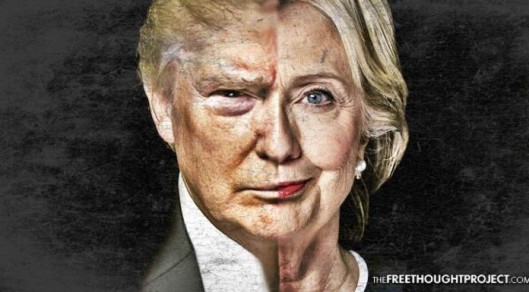