Twitter will now ban users that repeatedly claim vaccinated people can spread Covid – “New rule change. This means Twitter users could now be sanctioned for sharing or discussing the Centers for Disease Control and Prevention’s (CDC’s) admission that “vaccinated people can still become infected and have the potential to spread the virus to others.”” – Tom Parker

Hospitalizations, Mortality Cut In Half After Brazilian City Offered Ivermectin To Everyone Pre-Vaccine – Tyler Durden

There’s Never Going to Be a Life ‘After COVID’ – “The question then becomes, when do we accept that this virus will be with us for decades, and just how much power will we cede to our government in suppressing our freedom to fight the problem?” – Keith Jackson, MD

The Prevailing Corona Nonsense Narrative – “There has been no epidemic of COVID-19 of national scope in any country, no pandemic internationally, for the general population SARS-CoV-2 is not a killer virus, and it is the same in every country. Worldwide, the prevailing corona narrative was established in a very short period. At the same time, humanity was divided into its supporters and opponents. Such an extent of division of the society we have never experienced before. It divides friendships, families, and even partnerships.” – Dr. Thomas Binder  – VERY GOOD ARTICLE!!!!!!!!!!!!!!!!!

Another reason not to jab the children: Omicron – “The data are overwhelmingly clear: it is time to stop vaccinating healthy young people” – Robert W Malone MD, MS

Now, This Is Great – A Song For Fauci – ‘I Will Survive’ (Different Lyrics) (VIDEO) – @neverlosetruth

Fauci on your Phone? – “If the Senate follows the House of Representatives lead and passes the Immunization Infrastructure Modernization Act (HR 550), Americans who do not get the recommended number of covid vaccines can look forward to receiving a text like this: “This is Dr. Anthony Fauci. According to government records you have not yet received your monthly covid booster shot. Until you prove you are following vaccine protocols, your vaccine passport will be revoked, resulting in loss of your privilege to work, worship, and visit your family.”” – Ron Paul

Here’s Why Most of the Jabbed Will Die Early – Dr. Vernon Coleman

Breaking: High-vaxxed Vermont releases numbers… and we have questions – “87% of the state has 1+ shots but 95 vaxxed deaths is raising eyebrows. This probably should be a warning to reset expectations for vaccination performance but also problems with stats across the country.” – Justin Hart

Flood-tide of Darkness – “One thing men are responsible for is bringing order to the world. They don’t always succeed, but it must be their duty to make the effort, and it’s not wise to distract them with histrionics when they attempt to do that, or shame them for trying. You are not excused from your duty in any case, American men. It’s not okay to pretend to be women to escape your duty. The women must not allow the men to hide among them and pretend to be them. They must insist that you be men. One of your duties as men is to oppose false realities to preserve meaning, and you do that first by insisting on being upright yourself and speaking of things as they really are so that you can do with them what you must do. And this is the meaning of authority, which has been submerged in the flood we’re riding on, this flood of false realities drowning the meaning of everything.” – James Howard Kunstler  – GOOD ONE FROM MR. KUNSTLER!!!!!!

Six Impossible Things Before Breakfast – “We live in an age when the level of deceit and propaganda is at an all-time high. Joseph Goebbels, Vladimir Lenin, and others did their best to force-feed propaganda to the masses, but they were rank amateurs compared to the spin doctors employed by the political leaders of today. They’re masters at convincing people of impossible things. Here are six impossible things that many seem to have little trouble accepting as reality.” – Jeff Thomas

We can’t go on like this – “When liberty can be snatched away at a moment’s notice, it becomes meaningless. Fear is now the only language our politicians speak. There’ll soon be a ‘tidal wave’ of Omicron in the UK, said Boris Johnson last night. He was echoing Scotland’s first minister, Nicola Sturgeon, who warns of a ‘tsunami of infections’. These watery metaphors, these prophecies of breakers of disease crashing on the shores of the UK, capture the extent to which the politics of dread and doom have replaced calm analysis. Covid is a transmissible virus. It is not a punishment visited upon us by Poseidon.” – Brendan O’Neill

Cracked Icons – “The corrupt and mediocre heroes of the Left are imploding. With fits and starts, we are slowly returning to reality after four years of mass hysteria. Our media-deified, progressive icons are finally being exposed as the deceivers they always were.” – Victor Davis Hanson

Ron DeSantis fights back against Biden illegal immigrant flights – “Now that the City Council has generously granted noncitizens the vote, it should be obvious why President Biden has laid out the welcome mat to migrants at the southern border. Today’s illegal migrant is tomorrow’s Democratic voter, goes the calculus, and pesky formalities like citizenship just delay the glorious process. Fittingly, one of Mayor Bill de Blasio’s last acts of vandalism against the city will be to sign this abomination into law. ” – Miranda Devine

Chasten Buttigieg whines about repaying student loans – “Pete Buttigieg is a lazy, ineffectual empty suit with a sonorous voice. His “husband” is even worse. This useless degree jockey put out a tweet on Sunday making it clear that he feels it’s an imposition that he should be called upon to repay his student loans. That’s bad. What’s really bad is when you discover what those loans were for and what he’s done with himself since school.” – Andrea Widburg

The Biden-Putin Talk – “It is both a good thing and a bad thing that Putin got the point across to Washington that Russia will not permit NATO moving into Ukraine. It is good because a Russian foot finally came down. It is a bad thing if it convinces the Kremlin that, finally, Washington is listening.” – Paul Craig Roberts

Tell the Establishment ‘No Intervention in Ukraine’ – “At the Army War College a decade ago, they were pretty insistent on having an actual objective that supports actual American interest when you committed American blood and treasure. Of course, no one in DC ever listens.” – Kurt Schlichter

Absurd Guardian Article Declares China World’s Only Imperialist Power – “Another cartoonishly ridiculous anti-China propaganda piece has been published in the western mass media, this time by The Guardian, which at this point could arguably be labeled the single most destructive promulgator of empire propaganda in the western world.” – Caitlin Johnstone

Panic Hits Meet The Press as They Contemplate Collective Media’s Inability to Destroy Donald Trump and Manipulate Public Opinion – “The pearl-clutching and fear are palpable, as the leftist roundtable contemplates future elections that may deconstruct decades of election control, manipulation, fraud and falsehood. They fear freedom. They need the collective. Individual liberty is against their own sense of self and purpose.” – Sundance

This Week in the New Normal #15 – “Very interesting little situation here. Last week we covered the CEO of Moderna claiming that the Omicron variant would mean we need to buy – sorry, “use” – more vaccines. Clearly, there’s a very obvious conflict of interest there. Where it gets interesting is that Trevor Noah, the host of the Daily Show, made a joke about it. Twitter commenters lined up to lay into Noah for expressing, at worst, the slightest doubt as to the sincerity of Big Pharma. The question is then: are these people real? Because if they are, then it’s a depressing reminder of how brainwashed people have become.” – Off Guardian  – OFF GUARDIAN’S WEEKLY UPDATE ON COVID AND MORE!!!!!

Recommendations For Planting Fruit, Nut and Shade trees – “Most of us think of fall as a time of winding down on gardening activities. True, there are fewer chores to do than when the spring garden was begun followed by mulching, harvesting, canning, and so on, but fall is also the preferred time for planting most fruit and nut trees.” – Bob Rodgers  – GOOD ARTICLE FROM BOB!!!!!!!!!!!!!

Share Buybacks Surge to Record ahead of Potential 1% Tax: Companies Buy as Insiders Dump like there’s No Tomorrow – “Buy High, Don’t Buy Low. Prices are sky-high and but companies are buying them back like never before.” – Wolf Richter

Get in Crash Positions – “When the market goes bidless, it’s too late to preserve capital, never mind all those life-changing gains. Everyone with some gray in their ponytails knows the stock market has ticked every box for a bubble top, so everybody get in crash positions” – Charles Hugh Smith

Inflation Is Always Bad News for a Democratic Government – “For the last two weeks, the Biden team had been trying to downplay rising prices. But rising prices are a hard thing to keep under your hat. You can lie about a war in Afghanistan, for example, for 20 years. Who’s to know? But rising prices? Consumers see them every day.” – Bill Bonner

The Horrifying Inflation Crisis That You Were Warned About Is Here – “We have been warned for years that this was coming. Whenever our corrupt politicians in Washington authorized trillions more in spending that we couldn’t afford, we were warned that this would eventually cause extremely painful inflation. But it didn’t happen immediately, and so most Americans didn’t take the warnings seriously. ” – Michael Snyder

Lies, Damn Lies, and Government Inflation Statistics – “More and more Americans aren’t buying the Wall Street fairy tale, no matter how heavily it is promoted. Consumer prices are rising at the fastest pace in 40 years. The official report for November showed an increase of 0.8% versus October (9.6% annualized) and 6.8% over the past twelve months. Dollar Inflation What’s more, the month-over-month increases show inflation accelerating.” – Clint Siegner 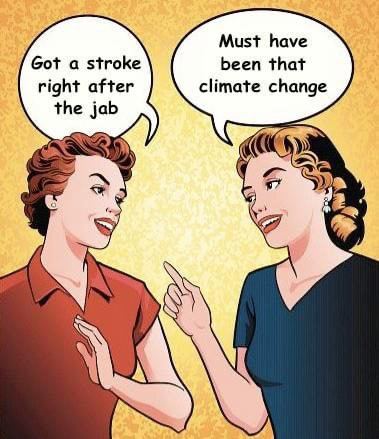