Two Weeks….. – “That’s about all their scheme has left, which is why the screaming and threats now.” – Karl Denninger – GREAT READ FROM KARL AS USUAL!!!!!!!!

To Know What Is Coming, Watch the World Around You: Then React! – “All that is happening today is based on this premise, and the ruling ‘authority’ has taken control of the entire population of the planet by simply introducing the idea that a great crisis that does not even exist is present, and is an imminent and ongoing menace to society.” – Gary D. Barnett  – ANOTHER GOOD ONE FROM GARY ON COVID AND THE BIG PICTURE!!!!!!!!!!!

If Spike Protein Facilitates Entry Of A Gain-Of-Function Coronavirus Into Cells, Then Why Are We Coerced To Submit To Spike Protein-Generating Vaccines? – “Sometimes the obvious skips right past us.” – Bill Sardi

Masks off? Or masks on? A history of the CDC’s consistently inconsistent advice on face coverings – “The US Centers for Disease Control and Prevention has stayed true to form by deciding that its current mask guidance – not to be confused with its previous and repeatedly revised guidance – needs to be reversed. Again.” – Riley Waggaman  – GOOD TIMELINE ON THE EVER CHANGING MASK GUIDELINES!!!!!!!!!!!!!!!!!!!!

The CDC Is a Threat to Science – “What’s even stranger was the rationale that the CDC cited to claim that the Delta variant renders the vaccines – the ones that have been hyped with unrelenting propaganda for many months, including stigmatization and demonization of those who refuse – substantially less effective for stopping infection than President Biden was touting just last week. Our thinking on the subject is supposed to mutate at the same pace as the virus itself. It’s exhausting and triggers anyone’s BS detector. How in the world does the CDC expect anyone to believe anything it says in the future?” – Jeffrey A. Tucker

CDC releases study showing 3/4 Delta cases are among the vaccinated, says masks are the answer – RT

Don’t Get Jabbed: Powerful Video on “Killer Vaccine” that Needs to be Watched by Everyone – “Here is a must-watch, totally-truthful, science-based, vaccinology-literate video for anyone who is considering getting a booster (or even an initial) dose of any of the still-experimental, still unproven for long-term safety or efficacy, mRNA Covid-19 inoculations. and then quickly forwarded on to loved ones before one of the many powers-that-be finds a way to shut it down.” – Gary G. Kohls, MD  – A LITTLE OVER 16 MINUTES LONG, BUT DEFINITELY WORTH WATCHING!!!!!!!!!!!!!!!!!!!!!!!!!

Those dying post-vaccine: Where are the autopsies? – “In this age of supposed scientific medicine and a pandemic, we are relying on death certificates for statistics on the cause of death, even though they are known to be extremely unreliable. Thousands of healthy people are dying unexpectedly, but our public health agencies are assuring us that their deaths were not caused by the COVID jab. The toll of post-vaccine deaths has reached nearly 7,000, according to the Vaccine Adverse Events Reporting System (VAERS). It’s the best system we’ve got, even though it misses 90% or more of the actual events.” – Jane M. Orient, M.D.

The Disinformation Dozen? – “America’s First Amendment is most important. If lost — where things are heading — all other rights are threatened. In cahoots with US/Western dark forces, Facebook, Twitter and other anti-social media go all-out to purge what conflicts with the official fabricated narrative. If notions CCDH called for take hold, digital democracy no longer will exist. Suppressing what’s vital for everyone to know is the hallmark of totalitarian rule. That’s where things are heading, thought control becoming the law of the land in the US and West.” – Stephen Lendman

Israel Becomes First Country in the World to Push 3rd COVID Shot for Already Vaccinated – “Pfizer continued their program of using Israelis as lab rats this week as Israel became the first country in the world to authorize a third COVID-19 “vaccine” for those who have already received two Pfizer mRNA shots, beginning with people over the age of 60.” – Brian Shilhavy

Trudeau says no more ‘excuses’ to not get a COVID shot, blames new cases on unvaccinated – Anthony Murdoch

Joe Biden Sets off Alarm Bells When Asked About More ‘Restrictions’ – “Rather, what’s happening here is another pathetic attempt to scare people into doing what he wants. You better listen to ole Joe or you may end up sealed in your house with a mask on again! No one’s buying it this time, though, and the more the threats flow, the more people get angry and distrustful of the federal government. And Biden just keeps saying stuff.” – Bonchie |

Biden’s readiness to scream ‘Russian interference!’ while staying silent on Big Tech’s meddling is astounding cognitive dissonance – “As the 2022 midterm election season approaches, Joe Biden and the Democrat Party are already repeating their 2016 claims of “Russian interference,” which they falsely spewed throughout the entire first term of Donald Trump. This week, Joe Biden accused Russian President Vladimir Putin of trying to disrupt the 2022 US congressional elections by “spreading misinformation,” going as far as saying Russia was undermining and violating US sovereignty.” – Laura Loomer

OMG! THE most disturbing sign of Biden’s senility yet – “This sort of behavior is straight out of the dayroom of a mental hospital” – Thomas Lifson

40 Percent by 2030 – “It’s not just Jabs that Joe is pushing. Now he wants the car industry to “pledge” that at least 40 percent of the cars they sell by 2030 – there’s that year again – be electric cars. This presumes nearly half of the people buying cars by 2030 will want to buy an electric car – as opposed to the roughly 1 percent who buy them at present. A final question also ought to be asked: Why is it necessary for the car companies to “pledge” to build any type of car, if there is market demand for it? The answer, if course, is that there isn’t. And that’s why no one’s allowed to ask it.” – Eric Peters

What Is American Wokeness Really About? – “The problem is not just that most of America is exhausted from being smeared as racists, or hearing that a wonderful country — the most free, just, equitable, affluent and leisured in civilization’s history — must continually pay penance for its past and present. The public is more tired of projectionist hypocrisy. Those who scream the loudest are usually the most guilty of woke crimes. The woke madness coincides with an epidemic of crises that go largely ignored as a distracted America cannibalizes itself.” – Victor Davis Hanson

Will More Media Bias Save Democracy? – “The Washington Post’s media columnist is summoning saviors because “our democracy is under attack.” Margaret Sullivan wants Washington journalists to adopt a “pro-democracy” frame and “start being patriotic.” But according to Sullivan, the problem is that some journalists are still betraying the nation by excessively focusing on the facts.” – James Bovard

Keith Olbermann Wants Jimmy Dore Banned From All Platforms – “You can always count on the less reality-anchored pundits to say out loud what the rest are thinking in private. Support for internet censorship is now a mainstream position among the so-called “moderates” of the warmongering corporatist Democratic Party, not just for people to their right but for people to their left as well. If it were up to these freaks the entire internet would just be a bunch of Wall Street liberals agreeing with each other that Trump is bad and Jen Psaki is a strong yet sensual warrior princess.” – Caitlin Johnstone

Get Ready for the ‘No-Buy’ List – “First Big Tech censored speech. Now they want to shut deplorables out of the financial system.” – David Sacks

Morocco Gas Flows are Now Protected by the US Army – “We’ve known for a long time American troops at the 29 bases from one end of Africa to the other are not just playing around shooting blanks at one another. But, a 2018 story at POLITICO blew the whistle on the US has secret programs and American troops carrying out direct combat in Somalia, Kenya, Niger, and other African nations. And this once-secret map from AFRICOM marked a network of 29 US military bases stretching across the old continent. So, it should come as no surprise that the reason for the current focus and the bigger American-led militarism. Chevron Corp, and a variety of investors, of course.” – Phil Butler  – IMAGINE THAT!!!!!!

The Taliban go to Tianjin – “China and Russia will be key to solving an ancient geopolitical riddle: how to pacify the ‘graveyard of empires’” – Pepe Escobar

Which Comes First: Economic & Social Collapse Of The USA, Including The Dollar, Or Fifty Dollar Silver? – “Remember the old saying, “you don’t want to see a world with $100 silver”? Yeah, well, we may just have to dial back our expectations… Either way, it’s about to get ugly on the streets of America. Very, very ugly.” – Paul “Half Dollar” Eberhart

The Impact on Spending of Three Rounds of Free Money is Waning – “Disposable personal income decreased slightly in June. Spending held up, but the trends and data points are not favorable.” – Mish

Why Money Printing Doesn’t Generate Economic Growth – “The Fed’s absurd money-pumping is so convenient for both Wall Street speculators and money-movers and Washington’s debt-addicted politicians that no one questions the narrative. No one points out that the emperor of improved economic growth and performance is buck naked.” – David Stockman

Toilet Paper Rolls Are Getting Smaller. Blame the Fed. – “A term has been coined for product sellers who shrink their packages, and thus, the amount of product in those packages, keeping the package price the same: shrinkflation. Anyone with a bit of good sense or economics training knows this is another form of price inflation, Now you have to pay extra for “Mega Rolls” and “Super Mega Rolls”—and even those have many fewer sheets than the original. To add insult to injury, Charmin recently shrank the size of their toilet sheets. Talk about a crappy deal.”” – Doug French  – ALSO NOT TO MENTION THAT MOST OF IT IS SO THIN, THAT YOU HAVE TO LAYER IT 4 TIMES. WHAT EVER HAPEENED TO 2 PLY OR EVEN 1 PLY. I THINK IT’S 1/8 PLY NOW!!!!!

Game Over – “Central banks will never extract themselves. Whether they ultimately end QE is besides the point. They won’t reduce their balance sheets. They can’t. Powell’s “performance” yesterday was not an accident. He’s been running on the same theme of offering absolutely zero specifics. Why? 3 reasons: 1. There are none as there is no plan. 2. To maintain flexibility and not to be held accountable or anything 3. To not upset markets.” – Sven Henrich 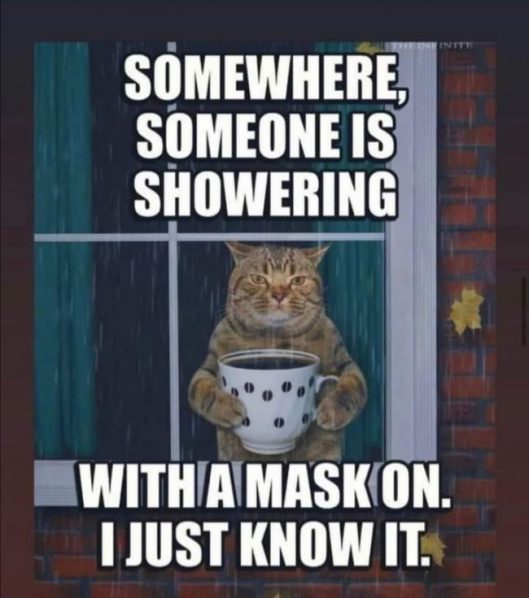