The Orwellian Pandemic – “Here, then, is the next step in our catastrophic battle against the pandemic: empty words spoken to a stranger, wishing the virus away. May the force be with you. We’ve now gone one step further: slapping encouraging messages at the end of every conversation ‒ like a real-life email signature turned into real-world monsters. I say “stay safe” at the end of a standard customer service phone call, and magically both me and my customer service representative are going to feel better…? Do the words, like some spell from a magic fairy tale land, protect us from Scary Covid?” – Joakim Book

Lockdowns Are In, Civil Liberties Out For Some States – “Some state governors begin a new round of abusing their power in the name of public health.” – Sarah Cowgill

Covid-19 vaccines may have potentially unpleasant side effects – “Early data suggest several of the coronavirus vaccines may cause people to feel crummy for a few days. And then they’ll need a second dose.” – Liz Szabo and JoNel Aleccia  – MAY HAVE? I’M SURE THE SIDE EFFECTS WILL BE MORE THAN JUST UNPLEASANT. A LIT BIT OF SUGAR COATING GOING ON HERE!!!!!!!!!!

Joe Biden, the New York Times, ‘Dark’ Winters, and ‘Terrifying Surges’ – “Biden’s likely newspaper of choice, the New York Times, similarly engages in hyperbole. While it routinely reports that nearly half of all U.S. coronavirus deaths have been associated with nursing homes, it leads with splashy front-page headlines that give a rather different impression to readers.” – John Tamny

Airlines to Require “Health Pass,” Vaccine Certificate Before Allowing Passengers to Fly – “No health pass, no flying. The system would be similar in nature to that being considered by Ticketmaster, who it was revealed earlier this week are considering making customers prove they’ve had the vaccine or a negative coronavirus test before allowing them to purchase tickets.” – Paul Joseph Watson

Are Mask Mandates meant to Kill the Soul and Spirit of Humanity? – Off Grid Survival

Ready Yourself for a Turbulent 2021 and Beyond – “The year 2020 will be remembered as an exceptionally turbulent year, marked by multiple worldwide crises and massive urban protests and riots. It has been a year of significant drama and trauma. I do not expect that 2021 will mark a “return to normality.” If anything, 2021 will be just as jarring to our collective psyche.I don’t claim to be any sort of prophet. I simply extrapolate from current events, trends, and my study of history. ” – James Wesley Rawles

Everybody Knows the Fight was Fixed – “Americans who voted for either Trump or Biden in the 2020 election are like Torvald clones. They refuse to open that door so they might close it behind them. They will prattle on and give all sorts of reasons why they voted, and for whom, and how if you don’t vote you have no right to bitch, and how it’s this sacred right to vote that makes democracy great, blah blah blah. It’s all sheer nonsense. For the U.S.A. is not a democracy; it is an oligarchy run by the wealthy for the wealthy. This is not a big secret.” – Edward Curtin

When Does a ‘Glitch’ Become a Coup? It’s Time to Regulate America’s Fly-by-Night Voting Machine Monopoly – “It’s a frightening thing to consider, but the ultimate success of democracy in the United States largely hinges on the integrity of just three voting machine companies, which conduct their affairs with almost no government oversight and regulation. Unless that changes, the greatest democracy will start looking like a banana republic in the eyes of the world.” – Robert Bridge

2020 Election Most Corrupt in American History (VIDEO) with Martin Armstrong – ” Every election you have had dead people voting. That’s pretty standard, and that’s not something new. . . . This is just off the charts. This is the Left, and they are so desperate to take over the United States.” – Greg Hunter

Biden Transition Team Says First Amendment is Flawed Because It Permits “Hate Speech” – “I told you this would happen. No one is to be allowed to speak against the official explanations:” – Paul Craig Roberts

This Isn’t Feminism, It’s Imperialism In Pumps – “There is nothing special or noteworthy about a murderous ghoul rising to the top of a war machine that can only be run by murderous ghouls. But because Michele Flournoy is a woman, we will see her appointment as “Defense” Secretary applauded and upheld as a major landmark for women by a political/media class which has never cared about women beyond their ability to turn the gears of the machine. And of course establishment narrative managers are already greasing the wheels for that applause.” – Caitlin Johnstone

The Inter-Election Period: A Breakdown of the Strange Moment of U.S. History That We Are in Right Now – “Democratic calls for “Healing and Unity” prove Trump has a strong case. The American Left is now crying out for “Healing and Unity” across the country which is an obvious middle school ploy to make any attempts by Trump to get fair final election results look pathetic and divisive. On the surface one would think that this is an offensive strategy from the dominant side to get the other to break, but calls for peace generally come from the one with the weaker hand.” – Tim Kirby

Joe Biden Is Already On The Warpath Against Brexit – “With all the challenges he’s facing, why is he choosing to meddle in European internal affairs?” – Bill Wirtz

Britain: Two-Stepping Toward Totalitarianism – “It has become an almost daily occurrence to find news stories of parents being ‘called out’ by their newly politicised children for expressing on social media ‘wrong’, ‘unwoke’ views, or of people being fired for something they may or may not have said years ago. This sense of entitlement has come to characterise a group whose younger demographic seem to have no comprehension of the horrors of a war — or indeed, of many authentic hardships — in their own relatively comfortable lives.” – Andrew Ash

Obey Or Starve On The Streets – We Were Warned Food Would Be Used As A Weapon To Force Compliance, And Now We See Biden ‘Experts’ Wanting To ‘Bundle’ Food Assistance With Vaccines – Susan Duclos

AOC & Co.’s loathsome plan to keep lists of pro-Trumpies – “Welcome to the new blacklisters — same as the old blacklisters. Joseph Ocasio-McCarthy, your time is now. You’ve got a little list.” – John Podhoretz

20 Million Unemployed & Biden Wants A Super Lockdown? – The Fed Is At Fault! (VIDEO) – “20 million Americans are collecting unemployment, and Joe Biden wants a nationwide lockdown to battle a virus that has a 99+% survival rate. There is one immoral and unconstitutional institution that enables this kind of authoritarian madness: The Federal Reserve.” – Ron Paul

State and Local Governments Should Not Get a Bailout – either from Congress or the Federal Reserve – Daniel J. Mitchell

VERSE FOR THE DAY (USED BEFORE)

Revelation 13:17  And that no man might buy or sell, save he that had the mark, or the name of the beast, or the number of his name.

NOTE: EVERYONE ALWAYS ASSUMED THAT THIS WOULD BE A MICRO CHIP, DIGITAL CURRENCY, OR MAYBE A BAR CODE. HOW ABOUT PROOF OF VACCINATION! 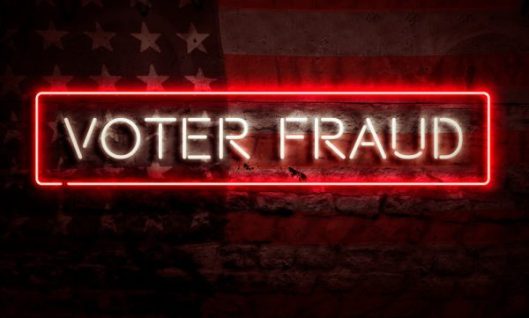