The Real Conspiracy – Hillary & Pelosi – “The REAL conspiracy is that the Democratic candidates will be so divided that at the convention, they will move to DRAFT Hillary relieving her of ever having to appear in any primary or suffer the arrows from the herd of contenders.” – Martin Armstrong

It’s On! Joe Biden Accuses Bernie’s Campaign of Doctoring Video of Him on Social Security — But It’s Not True and Not Doctored! (VIDEO) – Jim Hoft

Fauxcahontas Strikes Again: Who Lacks Experience, Sen. Warren? – “Senator Elizabeth Warren (D-MA) has found a new minority to claim after her tribal affiliation didn’t pan out so well – and this one is even more exclusive. As far as she knows, she’s the only one, in fact. No other current presidential candidate for the Democratic Party – to her recollection – has any executive branch experience. Not the former mayors or even the former vice president of the United States.” – James Fite

Reminder: Elizabeth Warren Is A Known Liar Who Will Lie Again And Again To Get What She Wants – “Warren has lied about being an American Indian, about sending her kids to private school, and even being fired from a teacher position for being pregnant. And now she’s lying about Bernie Sanders.” – Christopher Bedford

Boo hoo: Michelle Obama gets a birthday gift from Trump – “Michelle’s birthday? Who follows such things other than leftists, who’ve got her birthday enshrined rent-free in their otherwise empty gourds. If anything, Michelle Obama should be happy the mess was scrapped on her birthday, at least if she cares about kids, given the failure of her program and the food waste that has since followed” – Monica Showalter

Paranoia or Reality? Ahead of Monday’s Pro-Gun Rally in VA, State Senator Warns ‘We are being set up’ – Elizabeth Vaughn

An Open Letter To All Those Attending Virginia’s Lobby Day – “let me now address those few individuals who may be planning on attending Lobby Day to do something other than peacefully lobby lawmakers to reject Governor Ralph Northam’s unconstitutional gun control agenda. You’re not needed, you’re not wanted, and you won’t be welcomed.” – Cam Edwards  – EXCELLENT READ. SUPPORT YOUR CONSTITUTION PEACEFULLY AND LEGALLY AND DON’T FALL FOR ANY TRAPS. THE POWERS THAT BE WOULD LIKE NOTHING BETTER THAN FOR VIOLENCE TO HAPPEN. IT WOULD BE THE ICING ON THEIR CAKE TO PROMOTE THEIR AGENDA!!!!

OPERATION ELIMINATE 2A MOVEMENT: A Special Report on the Deep State-controlled Virginia Gun Rally – State of the Nation

Will police enforce Virginia’s anti-masking law at Monday’s rally? – “Monday’s pro Second Amendment rally in Richmond will surely attract left provocateurs bent on inciting violence. And why not? They know that Governor Northam and compliant media will blame any physical confrontations on gun rights advocates, making them the villains and obscuring their message. The risk of violence would be greatly reduced if Northam or police authorities cited the statute and declared that wearing a mask in or around the demonstration would be grounds for arrest. That would eliminate the cloak of anonymity used by the left’s shock troops to avoid responsibility for their actions.” – Steve Grammatico  – GOOD POINT!!!!!!!!!!!!

IKE WAS RIGHT – “As General Eisenhower warned, military spending has engulfed the nation. A trillion annual military budget represents just about half the world’s military expenditures. The Pentagon, which I’ve visited numerous times, is bustling with activity as if the nation was on a permanent war footing. The combined US intelligence budget of some $80 billion is larger than Russia’s total military budget of $63 billion. US troops, warplanes and naval vessels are stationed around the globe, including, most lately, across Africa. And yet every day the media trumpets new ‘threats’ to the US. Trump is sending more troops to the Mideast while claiming he wants to reduce America’s powerful military footprint there. Our military is always in search of new missions. These operations generate promotions and pay raises, new equipment and a reason for being.” – Eric Margolis

Trump Threatens to Kill Iran’s Spiritual Leader – “The USG is the number one terror organization in the world.” – Kurt Nimmo

Why Iran Should Ditch the Hopeless Nuclear Deal – Finian Cunningham

Does Gangster-nomics Meet its End in the Iraqi Desert? – “Trump’s crude gangster tactics in Iraq, Venezuela, Bolivia and to a lesser extent in Syria cannot be hidden behind the false veil of moral preening and virtue signaling about bringing democracy to these benighted places. The longer this goes on in the Middle East, the more the depravity of it is exposed. It’s shameful to have to say these things. Remember, they are being done in our names, with our money, our time.” – Tom Luango

Why Laws Against Hate Speech Are Dangerous – Fjordman

Bees Absolutely Love Cannabis and It Could Help Restore Their Populations – “That’s great news for the environment!” – Elias Marat

The Tight Rope Market – “None of us can know where markets would be trading without the Fed’s constant massive liquidity injections, but now that the bubble recognition has gone mainstream (Bloomberg, FT) and acknowledged by at least one Fed president (Kaplan) I think it’s fair to say: Lower, much lower” – Sven Henrich

Fed Prints Money or Financial System Implodes (VIDEO) with Rob Kirby – “To hide what is going, on the Fed is going to extraordinary measures to suppress the precious metals market to not allow growth in price that would reflect massive money printing globally.” – Greg Hunter

Proverbs 18:14  The spirit of a man will sustain his infirmity; but a wounded spirit who can bear?

Well, I know what’s right
I got just one life
In a world that keeps on pushin’ me around
But I’ll stand my ground
And I won’t back down 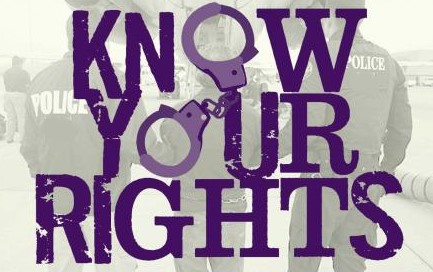