The American Deep State Would Sooner Sacrifice the Republic Than Lose Again to Donald Trump – “You’d really think the American people would have caught on by now. No sooner did Russiagate fizzle out like a wet firecracker did the Democrats, completely indifferent to the dire consequences, toss another incendiary into the public square. Sooner or later something has got to blow, and maybe it already did. As Americans experience the brutal whiplash of going from the Mueller probe to presidential impeachment in a matter of days, all pretensions of democratic procedure to guide the show trial have been tossed from the clown car. With the boot-licking media to back their every whim and fancy, the Democrats are dragging the Republic to the brink of destruction as they threaten to take down the 45th POTUS, and without a single witness in the dock.” – Robert Bridge

After Trump War Only One Party Will Be Standing (VIDEO) with Kevin Shipp – “We are already seeing a brewing civil war in the civilian population in the United States. There is a war in Washington D.C. between (Congressman) Schiff and the others that are trying to eliminate the people’s choice for President by American voters. That’s what is going on. . . . ” – Greg Hunter

Civil Unrest Is Erupting All Over The World, But Just Wait Until The United States Joins The Party… – Michael Snyder

File under ‘Dumb’: Kamala Harris asserts she knows Rudy Giuliani committed crimes, but has no idea what – Monica Showalter

This MSNBC Clip Is Everything Ugly About Russia Smears – “Now, to be clear, all of these panelists are knowingly lying when they suggest that Clinton may not have been talking about Gabbard. Literally everyone knew that Hillary Clinton was talking about Gabbard from the moment news broke about her libelous comments, which, as Gabbard pointed out in a recent interview, was evidenced by the fact that all the news headlines about those comments featured Gabbard’s name. The panelists are also lying when they claim that Gabbard has not denied being a Russian asset; obviously if you call something a “smear” as Gabbard has consistently been doing you are saying that it is false. But that should not matter.” – Caitlin Johnstone

Veteran Tulsi Gabbard blames Hillary Clinton for the deaths of thousands of servicemen and calls her the ’embodiment of corruption’ after former Secretary of State claimed she was a ‘favorite of the Russians’ – “Marianne Williamson and Andrew Yang were only Democratic candidates to back Gabbard. Others remained silent while Cory Booker mocked Gabbard’s rebuttal to Clinton” – Riel Zilber , Keith Griffith, Mary Kekatos and Emily Goodin

THIS IS THE FINAL NAIL FOR HILLARY CLINTON! TULSI GABBARD MOVES ON UP! (VIDEO) – We Are Change

The Late Great State of California – “It’s not that California anymore. We are overregulated and overtaxed and people aren’t so optimistic. People want to leave. Perhaps it has something to do with the fact that California is the most regulated state in the nation — by far.” – Jeffrey Harding

Betrayal and Deception: Syria Is a Prime Example of US Foreign Policy – Federico Pieraccini

“We are voiceless”: Hundreds of thousands protest in London for new Brexit vote – Reuters

Terror Attacks in France: A Culture of Denial – Alain Destexhe

NBC News Promotes Convenience of Getting a Microchip in Your Hand – “The process is simple and swift.” – Paul Joseph Watson

Reinstating Justice in a Climate of Diminishing Rights – Janet Phelan

What Native Americans Can Teach Us About Sustainability – Susan Patterson

The Army Is Building a Cannon Capable of Firing From Nashville to NYC – “The powerful cannon can fire a projectile over a distance of more than 1,150 nautical miles.” – Elias Marat

Quick Recap of the Fed’s Foundering Follies and Our Descent into Economic Madness – “the Fed assures us none of this is QE, even though the aggregate of all of that is easily as big as any previous rounds of QE. By the end of the Fed’s already slated actions, it is estimated the Fed will have injected, at least, $850 billion dollars into the economy!” – David Haggith

They Are Telling Us That The Next Recession “Won’t Be As Bad As 2008”. They Are Wrong. – Michael Snyder

Job 18:3  Wherefore are we counted as beasts, and reputed vile in your sight?

An’ I’m never gonna care ’bout my bad reputation
Oh no, not me, oh no, not me
Pedal, boys!

An’ I don’t give a damn ’bout my reputation
The world’s in trouble, there’s no communication
An’ everyone can say what they wanna to say
It never gets better, anyway

So why should I care about a bad reputation anyway?
Oh no, not me, oh no, not me 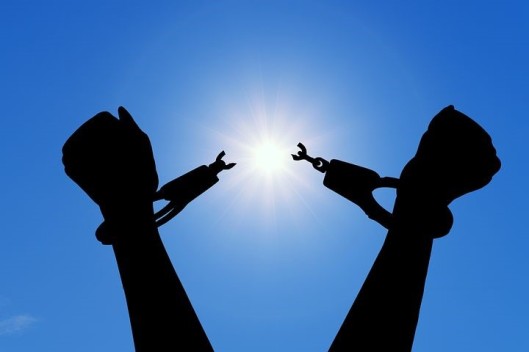