Signs US Intelligence Agencies ‘Flipped’ Under Barack Obama And America Really DID Dodge A Full-Scale Communist Coup: This Is What America Might Look Like Now Had Hillary Clinton Won – Stefan Stanford

FIRE THE NUTCASES LEADING US TO WAR – “President Donald Trump claimed this week that he does not want war with Iran. If he really believes this, the president ought to look into what his subordinates are doing.” – Eric Margolis

Iran and Why It Would be Insane for America to Go to War There – “Is Congresswoman Tulsi Gabbard the only sane voice in both Houses of the US Congress? She says “War with Iran would make the Iraq War look like a cakewalk.”” – Richard Galustian

Bolton Is Choking On Foreign Policy, Here’s Who Should Replace Him – “America cannot afford the foolish council of those who are unable or unwilling to see the crisis that the country currently sits in. Take a chance on someone who goes against the grain.” – William Craddick

London Is Falling – Muslims Are Taking Over – “This is Agenda 21 from the ground. The complete annihilation of white Europeans and the utter destruction of the English heritage, culture and history.” – Rory Hall

US’ Constant Psy-Ops – “To say the US conducts “foreign policy” is patently a misnomer. US policy is nothing short of low-intensity warfare against the whole planet. Its “foreign policy” is nothing more than a continuous program of psychological operations. An important element of this colossal corruption of politics is America’s so-called news media which plays a crucial role in concealing and propagating the psy-ops.” – Finian Cunningham

The OPCW: A US Imperial Tool – “The chemical watchdog group is mandated “to implement the provisions of the Chemical Weapons Convention…to achieve…a world…free of” CWs. Its mission includes conducting “credible and transparent” on-site inspections to verify use of and destruction of these weapons.” Time and again, it flagrantly breaches its mandate, serving US-led Western interests, producing dubious reports with falsified, distorted rubbish, suppressing vital information.” – Stephen Lendman

The OPCW, Douma & The Skripals – “What was the agenda behind the Douma false flag? Why was the US response seemingly token and ineffective? Why was the Secretary of State Rex Tillerson fired? What agenda tied the Skripal case to the Douma attack?” – Off Guardian

Fed Lie of the Day: “Low Inflation is One of the Major Challenges of Our Time” – Mish

Police Use Lexis Nexis Facial Recognition To Identify Your Family And Friends – “What is it going to take for Americans to realize that law enforcement has become an extension of Big Brother? All across the country, police officers are secretly using facial recognition to identify neighbors and people of interest. Police already have a history of abusing criminal record searches like CORI.” – MassPrivateI

Geoengineering Watch Global Alert News, May 18, 2019 (VIDEO) – “So much in our world is changing, and so quickly. How many are still trying to convince themselves that all is normal and sustainable? How many still believe that the government, our government, has our best interest in mind? Scientists working with Geoengineering Watch has now analyzed samples we recently collected in high altitude flights.” – Dane Wigington

5G Apocalypse: The Extinction Event film reveals how 5G is an assault weapon meant to destroy humanity – “Not only will 5G invade every aspect of people’s lives, eliminating all privacy, but it also stands to become the most health-destroying technology ever created.” – Ethan Huff

This One Picture Captures The Miracle Of Life And Tells Us Everything The Democrats Don’t Want Us To Know – John C. Velisek

The Gateway Drug Myth – “The problem is that the studies touted by proponents of the gateway theory only look in one direction—they start with hard users and ask if they first used marijuana. Studies that begin with marijuana users tell a different story. If the gateway theory is true, increases in cannabis use should be accompanied by increases in harder drugs. This trend is not supported by the evidence.” – Chris Calton

Man Made Versus Natural Barrier Fences and Fortifications – Samantha Biggers

Matthew 13:37  He answered and said unto them, He that soweth the good seed is the Son of man; 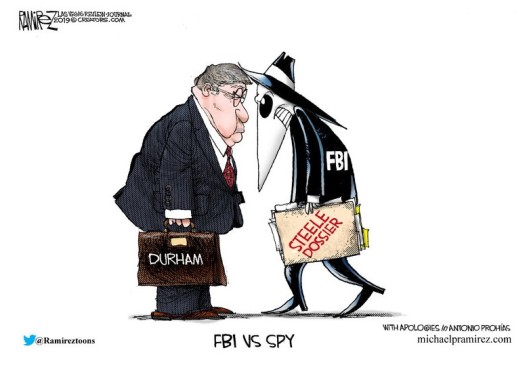