Giuliani rips Mueller: ‘It’s time to put up or shut up’ – John Bowden

Who Gave Congress Delegated Authority to These Subversive Organizations to Operate in America? The People Didn’t! – Bradlee Dean

American Electrical Grid Under Withering Attack! Deep State Warning to Trump – “Make no mistake about it: The electrical grid across the USA is under attack.” – State of the Nation

Hunting The Hunters: Inside The Minds of Elite Corrupt – Corey Lynn

World Hijab Day Encourages All Women to Wear Veil in Solidarity with Muslims – Says Nothing About Women Brutalized For Not Wearing It – “World Hijab Day is a stunning indictment of the hypocrisy of the evil left, as much as their choice of the sharia-promoting, forced marriage advocate Linda Sarsour for their leader.” – Pamela Geller

CDC allows another Ebola Exposed Doctor into the U.S. – “The dangerously incompetent CDC, which allowed numerous Ebola-infected patients into the country back in 2014, has yet again allowed a U.S. physician who was exposed to Ebola while treating patients in the Democratic Republic of Congo back into the U.S. for observation.” – Off Grid Survival

Day One: No Internet, No Cell Service, No Electricity – What Do You Do To Make Sure You Are A Survivor Instead Of A Victim? – Susan Duclos

This Cancer Causing Chemical Is Now Showing Up in 99% of All Humans – “According to a new report from the Centers for Disease Control, a toxic industrial byproduct of Teflon (non-stick cookware) called C8 is now found in over 99% of all humans.” – Humans Are Free

Remote Supply Cache: Why Decentralizing Your Stockpile Is So Important – Off The Grid News

Don’t Become A Secondary – “Make it a part of your mental playbook to take a moment to assess potential risks before proceeding. It’s a critical aspect of mental preparedness.” – Spice

Ice isn’t melting in the Arctic and Antarctic, yet big insurance rate hikes on coastal properties loom for purported sea level rise – “At what point does extracting money from people based on erroneous predictions of climate disaster become criminal fraud?” – Thomas Lifson

Job 12:3    But I have understanding as well as you; I am not inferior to you: yea, who knoweth not such things as these?

It seems like only yesterday
I didn’t have a clue
I stood alon not knowin where to turn
Now suddenly I look around
And everything looks new
I don’t know why, but I think I’m startin’ to learn
They call it understanding
A willingness to grow 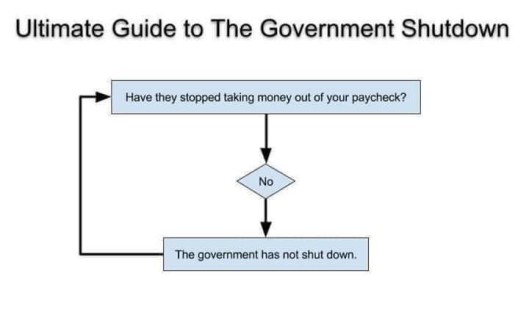