Is This Calm Before the Storm Meant To Create a War Against Dissenters and the ‘Unvaccinated’? Absolutely! – Gary D. Barnett

Vaccine researcher admits ‘big mistake,’ says spike protein is dangerous ‘toxin’ – ““We made a big mistake. We didn’t realize it until now,” said Byram Bridle, a viral immunologist and associate professor at University of Guelph, Ontario, in an interview with Alex Pierson last Thursday, in which he warned listeners that his message was “scary.” “We thought the spike protein was a great target antigen, we never knew the spike protein itself was a toxin and was a pathogenic protein. So by vaccinating people we are inadvertently inoculating them with a toxin,”” – Celeste McGovern

Wuhan, the lab? No, the other Wuhan nobody is talking about: Opioid Trafficking Headquarters for Death and Destruction – “Wuhan is the city where killer drug fentanyl is shipped out to dealers all over the world. High-level operators, focusing on Wuhan, manage to obscure, from the broad public, the city’s global role in killing millions of people with opioids…by claiming a pandemic was born in Wuhan. “The ONLY thing you have to know about Wuhan is the virus broke out there.” This has the earmarks of a highly successful cover story.” – Jon Rappoport  – JON CONNECTS THE DOTS!!!!!!!!!!!!!!

COVID is over…if you want it – “Are we living in Concentration Camp 2.0? In the updated version, psychologically battered inmates amble around in a state of permanent learned helplessness, a brigade of Karens standing guard, eager to inform on anyone who demonstrates a faint alertness. When they reach the invisible boundaries of their self-constructed walls, they stop. When the atmosphere grants permission to proceed, they tiptoe tentatively forward, cringing in anticipation of the thunderclap order to halt and reverse. And it comes.Far too many have submitted—with pleasure—to the ever-accelerating restrictions on our inalienable rights, clueless that such capitulations are historically followed by enslavement. ” – Margaret Anna Alice

No One Will Pay for COVID Crimes Against Humanity – “Big Tech censors and the credentialed public health class, not anti-maskers, are the real Neanderthals, the 21st century’s version of the Flat Earth Society.” – Julie Kelly

Renowned Texas Professor and Doctor: COVID-19 Shots are “Bioweapons thrust upon the Public!” – “Dr. McCullough is pro-vaccine, and in the beginning he did administer the COVID-19 shots to some of his patients. But now he states: “Based on the safety data now, I can no longer recommend it.”” – Brian Shilhavy

The Most Deadly Biological Agents Ever Devised for Mass-Jabbing – “Doctors and scientists involved in explaining the hazards of covid mass-jabbing risk their careers — perhaps lives as well — for truth-telling on the most crucially important cutting-edge issue of our time. US-led Western dark forces, Pharma and their press agent media aim to infect maximum numbers of people worldwide by toxic covid mass-jabbing. Their diabolical intent is eliminating billions of unwanted people.” – Stephen Lendman

‘Am I allowed to do that?’ – “Germany’s popular lockdown app, where you can check what you can and can’t do in any given area, shows how unfree we have become.” – Matthias Heitmann

There Are No Solutions – “It has been somewhat baffling to me why the masses have been unable or unwilling to acknowledge the existence of a ruling cabal/invisible government who are the true ruling power in our world. You have to be seriously delusional or willfully ignorant to not acknowledge the coordinated effort by government apparatchiks, Silicon Valley billionaire censorship police, the Wall Street cabal, fake news mainstream media, Big Pharma complex, CCP, and the self- appointed ruling billionaire oligarchs – Gates, Soros, Bloomberg, Zuckerberg – to over-hype this Wuhan bio-lab virus as a means to implement their Great Reset master plan.” – Jim Quinn  – VERY GOOD ARTICLE FROM JIM AS USUAL!!!!

Without Truth There Is No Freedom or Security – ” Today, with the exception of some free Red states, such as Florida, in the Disunited States our exercise of our civil liberty requires the government’s permission. You are free only by the government’s permission. In other words, the US Constitution has lost its authority. We now live under the authority of the power seekers. Government and corporate spying have destroyed privacy, another Constitutionally protected right. Education has been replaced with cult indoctrination.” – Paul Craig Roberts

It’s Not Sunday: But Here’s A Babylon Lesson Anyhow – “Talk to almost anyone in my country, and they will agree, America is great, just great. Well, I believe my country was and is a unique experiment with great potential. Unfortunately, the rare combination of arrogance, ignorance, and apathy will eventually cause a great fall. It’s sad how people hear religious leaders preach from the Book of Revelations every Sunday and how no one recognizes where the real Babylon is.” – Phil Butler

The Sacrifice of Fauci – “Observers note that Dr Fauci – after years of being upheld, promoted, paid more than any other USG employee, awarded patents and accolades, serving President Minnie and Mickey alike – is being thrown under the bus. It couldn’t happen to a nicer guy, but what’s it really about? For most of last year, Fauci was very useful in painting former president Trump as a science denialist and dictatorial prick. This impacted the election as much as any other factor, including US voter fraud and manipulation, which has been endemic since the late 1700s. Fauci as sympathetic, oft-abused, and wholly innocent fear-monger-in-chief throughout 2020 was an effective tool, and he was utilized well by the opposition party. Naturally, Biden’s advisors kept him on.” – Karen Kwiatkowski

‘Border Czar’ Kamala Harris Slammed For ‘Extreme Avoidance Of Human Crisis’ As Apprehensions Hit Two-Decade High – “Sen. Rick Scott (R-FL) said Harris’ “avoidance” of the border as “getting extreme,” “Flying over the border at 35,000 feet doesn’t count as a visit. Now, 123 days since taking office, it’s shocking to see the lengths to which President Biden and Vice President Harris will go to avoid seeing the border crisis for themselves.” – Tyler Durden

With Kamala Harris doing nothing on the border, Joe Biden gets out his pen and phone – “oe Biden appointed Kamala Harris his border “czar,” but that’s a non-starter. After loudly declaring, “I can think of nobody who is better qualified to do this,” he can’t even get her to visit the border to get a firsthand take on all those “root causes” she babbles about. So he’s gotten busy himself, pen and phone in hand. Three things stand out, all of which are geared to serving foreign lawbreakers over the interests of U.S. citizens. He likes to share the wealth.” – Monica Showalter

Does Anyone Actually Like Adam Schiff? – “He hasn’t been in the news much, which should tell you something about all the allegations he threw around during the Trump administration. Of course, he was lying. That’s what he does, lies are his water. But you can’t help but think about this guy and wonder how he got there. What kind of character flaws or personality defects could his opponents have had that would lead the people of his district to think “Adam Schiff is my guy!”?” – Derek Hunter  – SPOT ON!!!!!!!!!!!!!!!!!

The SHTF Ripple Effect: How the Big Picture Affects Your Small Picture – “It’s nice to think that collapses happening in other parts of the world – or the country – are confined to their area, but there is a ripple effect that could very well affect YOU. There’s a conjunction of factors creating the conditions for the spreading and worsening violence everywhere: the economic downturn, the large-scale political movements, the social divisiveness, the widening of the wealth gap, geopolitical issues flaring up, and of course, the pandemic. Nothing of that is new. It all has happened many times before in history. And it won’t go away soon.” – Fabian Ommar

Private Security Isn’t Enough: Why America Needs Militias – ” The rationale behind a militia (of which the National Guard could be deemed a modern-day extension) is to defend people and their property, not the government which sponges off both. But over time Washington co-opted the militia spirit of the National Guard and turned it into a ward of the state.” – Jason Morgan

The Second Amendment: More important now than ever – “The tyrants are in charge, and they want your guns. While the left has denied it for decades, anyone who pays attention knows that the ill-named “progressives” want to totally eliminate the Second Amendment. Period. The so-called “red flag” laws popping up around the country, as well as the gun-hating zealot nominated by Biden to head the ATF, are just two examples of Marxism’s accelerated drive to disarm law-abiding citizens. It won’t be long before the Democrats attempt to push through a gun registration law, always the final step before total confiscation. We can’t allow this to happen.” – Liam Brooks

Redefining The Firearm – Has The ATF Crackdown Begun? – “With the anti-gun trifecta of Biden, Garland, and – should he be confirmed – ATF Director David Chipman, the agency is ready to get to work.” – James Fite

Cyberattack Shuts Down Biggest Meat Producer in World, JBS – Cyberpandemic meets Food Supply (VIDEO) – “The WEF’s promised “cyberpandemic” has hit our food supply, as the biggest animal protein producer in the world, JBS, stopped operations worldwide after a cyberattack. The situation may escalate quickly as live animals are involved, and require feed. But more importantly, Is this just a scripted event to move us to the WEF’s desired post-animal economy, and to hide a global shortage of grains?” – Ice Age Farmer

The US Government Takeover Of Food Is Going To Be Great! (Or, One Of World’s Largest Meat Producers Suffers “Cyberattack”) – “Good thing Biden signed that “Executive Order on Improving the Nation’s Cybersecurity” in May! Wow. These Globalists really are something, aren’t they?” – Paul “Half Dollar” Eberhart

China, Russia mapmakers chart post-unilateral order – “While media attention is fixated on upcoming Biden-Putin summit, the big picture is still Eurasia vs the Atlanticist West, It’s the Nikolai Patrushev-Yang Jiechi show all over again. These are the two players running an up-and-coming geopolitical entente on behalf of their bosses Vladimir Putin and Xi Jinping. As Sino-Russo-Iranophobia dissolves in a fog of sanctions and hysteria, mapmakers like Yang Jiechi and Nikolai Patrushev relentlessly carve the post-unilateral order.” – Pepe Escobar

Did the Greens Peak Too Soon in Germany? – “They’re led by interventionist and increasingly neoconservative people internally while trading on their pacifist roots. And that dichotomy is beginning to catch up with them apparently among German voters.” – Tom Luango

Hide Your Kids, Hide Your Wife: ‘Blue’s Clues’ Is Trans-Propagandizing Preschoolers – “This is the behavior of a sexual predator.” – Joy Pullmann

Investors Who Blindly Trust the “Experts” Will Get Left Behind – “The country has largely been divided into two camps. The first camp is full of people who just don’t pay too much attention. They have unshakable faith in Wall Street and government institutions. The typical investor buys stocks for the long haul. It might be because financial advisors are just as unquestioning, knowing they are rarely criticized for following the herd. Sadly, mainstream advisors still snicker whenever a client brings up gold – even though the naysayers have been wrong about gold for 20 years.” – Clint Siegner

Silver WARNING What Is About To Happen To Silver ! (VIDEO) with Egon von Greyerz – INVEST SMART

Traders Starting to Realize High Inflation is Bullish for Gold (VIDEO) – “the most significant development in the gold market was its reaction to the hotter than expected increase in the personal consumption index. This key inflation indicator was up 3.6% in April, much higher than expected. The year-over-year core PCI was up 3.1%, the biggest rise in 29 years.” – Peter Schiff 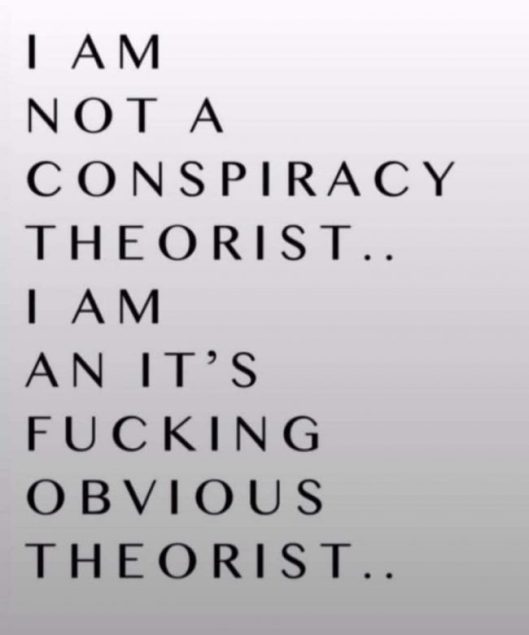