What Is Coming?! – “Have you had your injection yet? Are you excited about getting your immunity passport so you can gain permission to live … or not? Are you planning on being able to get a green code showing that you have complied with all the orders you have been given? Are you ecstatic about the slight possibility to travel or go to a live concert? Can you even contain yourself while waiting on a government digital currency, and an account that is fully controlled by your masters in government?” – Gary D. Barnett

The Great Reset: An Ancient Faith Continuously Renamed – “Consider how Covid Collectivism requires its believers to participate in the new sacraments of wearing masks, social distancing, and mandatory vaccination – all against an invisible killer; except this particular devil has a survival rate of 99.74%. Furthermore, The New Faith comes complete with own religious vestments (masks, gloves, face shields), liturgy (statements of faith like “Masks Up”, “Together Apart”, and “Build Back Better”, hand-washing, and needles/penetration), hierarchy (medical facilities, CDC, WHO), and collectivist theology (the young must be injected to protect the old).” – Doug “Uncola” Lynn  – GOOD ARTICLE FROM DOUG OIN THE BIG PICTURE!!!!!!!!!!!!!!!!!!!

A Vaxxing Question – “In 1956 German pharmaceutical company Chemie Grünenthal GmbH, licensed a new experimental drug designed to treat colds, flu, nausea and morning sickness. While forty-nine countries licensed the drug under multiple different names, the then head of the FDA Dr. Frances Kelsey, a physician-pharmacologist with a profound interest in fetal development, refused authorization for use in the US market due to her concerns about the lack of evidence regarding the drug’s safety. The drug was also known as Thalidomide. Sixty-five years on and the stringent safety measures brought in to avoid another scandal on the scale of Thalidomide have been swept aside in order to fast track the approval of experimental mRNA vaccines.” – Suzie Halewood  – GOOD ARTICLE!!!!!

The Missing Piece of the Covid-19 Death Puzzle: Co-Infection – “Oh, So You Thought If You Got Vaccinated You Would Avert Death By Virus? Maybe Not” – Bill Sardi with Matthew Sardi

CDC Officially Recommends COVID Jab for Pregnant Women – “The beyond conflicted U.S. Centers for Disease Control and Prevention has struck again: Pregnant women are now urged to get the COVID-19 gene manipulation jab, based on preliminary findings.” – Dr. Joseph Mercola

COVID: Vaccinated people shedding and spreading genetic disaster to unvaccinated women? – “Why couldn’t “shed and spread” occur with a genetic COVID vaccine? In practice, who knows how many different dangerous and harmful processes can be detonated in the human body—plus the drifting of those genetic effects from person to person, whether vaccinated or not.” – Jon Rappoport  – MAKIA FREEMAN HAD A GOOD ARTICLE ON THIS AS WELL THAT WAS LINKED ON 4/28!!!!!!

Vaccine Injury Reporting System Is Backlogged by Months – “A backlog by months not only indicates that quite possibly there are so many reports coming in that that the CDC can’t handle them, but it very well could prevent the CDC from performing its job of performing that primary goal.” – Cindy Olmstead

The Covid fines are a monstrous assault on justice – “More than a quarter have been issued unlawfully. They must be scrapped. More than 85,000 fixed-penalty notices have been issued for breaking the Covid restrictions in England.” – Laura Dodsworth

Biden Family Justice – “If you want to grok the awesome failure of authority these Fourth Turning crack-up years in America, start with the lawlessness at the Department of Justice and its sociopathic step-child, the FBI, along with a demonic host of intel agencies seeded throughout the national government: the CIA, the NSA, the DIA, the DHS, and even the lowly crypto-public US Postal Service, lately enlisted to spy on US citizens’ social media posts. The campaign of false witness against US citizens went into overdrive when Donald Trump strutted onto the scene and “seventeen agencies of the Intel Community” conspired with The New York Times and other news media to manufacture the RussiaGate hoax. Now comes the curious case of Rudy Giuliani, whose apartment was raided on a warrant last week by the FBI seeking his computers and cell phones. The probable cause remains murky” – James Howard Kunstler

The Bleak Biden Way What is the Biden way? – “To surveille, monitor, root out, raid, jail, confine, and smear all impediments to fundamental transformation.” – Victor Davis Hanson

Who Gets To Define What’s Patriotic? – “Biden wants to use his version of patriotism as a blunt instrument to forward the agenda of the left, which supports the most unpatriotic ideas imaginable. The left, a retrograde tribe made up of almost every Democratic politician and party official, nearly every member of the media, and most of the entertainment industry, does not believe in freedom outside of special privileges it’s carved out for itself. But we also know that George Washington warned us to “guard against the impostures of pretended patriotism,” and Theodore Roosevelt said “patriotism means to stand by the country. It does not mean to stand by the president or any other public official.”” – I & I Editorial Board

$8 TRILLION A MONTH! Will American work ethic survive this government’s socialist-style generosity shower? – “Amid enormous government stimulus spending to offset the ravages of Covid-19, a whopping 34% of US income now comes not from the sweat of one’s brow, but from that bottomless pit known as Uncle Sam’s pockets.” – Robert Bridge

Fake News Still Gaslighting America with Phony Polls – ” …and this is far from their only tool for propaganda.” – Brian C. Joondeph

Are They Purposely Trying To Make The Streets Of America “Abnormally Violent” In The Summer Of 2021? – “Have you noticed that the corporate media has been repeatedly using the word “violent” to describe what the summer of 2021 is going to be like? Many Americans believed that once Joe Biden was in the White House that all of the civil unrest that we have been witnessing would magically disappear and that violent crime rates would go back to normal. Of course neither of those things has happened.” – Michael Snyder

Juror in Chauvin Trial Makes Potentially Problematic Statements on Morning Show – ““I mean it’s important if we wanna see some change, we wanna see some things going different, we gotta get out there, get out into these avenues, get into these rooms to try to spark some change,” he said. “Jury duty is one of those things. Jury duty. Voting. All of those things we gotta do.” Now that’s obviously problematic because you’re not supposed to be sitting on a jury to “spark some change.” You’re only supposed to be deciding guilty or not guilty based solely on the facts and evidence presented in the case, nothing else. Not whatever societal change that you may think needs to happen.” – Nick Arama

PARENTS: You Have The Power – “Parents across the country are worried about what their children are being taught in school, with subject matters such as critical race theory, the transgender agenda, and revisionist history being forced on them, not to mention the sexualizing of children that is taking place. Parents are also very concerned about their children being made to wear masks for upwards of seven hours a day, and battling school boards to remove the mandate. In fact, just do a quick search on the internet and witness how many parents are suing school boards across the country right now. Bring the fire!” – Corey Lynn

Queen versus Knave: The Battle for the Soul of the United Kingdom – “The common criticism of the Royal Family is that they are out of touch with everyday life, with all their hereditary titles and palaces. People support them in the same way they support pop stars or television personalities, not because of the work they do. But the antics of the Johnson clan are about to make the Royal Family more relevant than ever. All the things they attack, whilst ostensibly pretending to support in principle, are there because they are considered the best alternative. Even if the Royal Family isn’t any more, it soon will be again, because anyone who wants that will have nowhere else to go.” – Seth Ferris

It’s Aggression When ‘They’ Do It, but Defense When ‘We’ Do Worse – Alan Macleod

If Anti-Gunners Want To Know Why We Cling To Them, They Should Ask – “But for some people, actually talking to us and finding out why we refuse to budge is just too damn hard.” – Tom Knighton

The 4 Levels of Disasters (And How to Prepare for Each One) – “Disasters come in all shapes and sizes, and so do your preps. There are four different levels of disasters, from personal emergencies to a full-on SHTF end-of-the-world kind of thing. The good news is, no matter what your level of preparedness or your budget is like, there are things you can do to prep for each one.” – Daisy Luther

Cradle-to-Grave Stimmy: How We Got Here – David Stockman

“The Costs Are Up, Up, Up. We’re Seeing Substantial Inflation” Admits A Surprised Warren Buffett As Powell, Yellen See Nothing – Tyler Durden

Wait, What Did the Former U.S. Mint Director Say About Silver?! (VIDEO) – “It’s not only what was said, but who said it, that matters. Precious metal investors, take notice.” – Silver Fortune

1 Peter 3:10    For he that will love life, and see good days, let him refrain his tongue from evil, and his lips that they speak no guile: 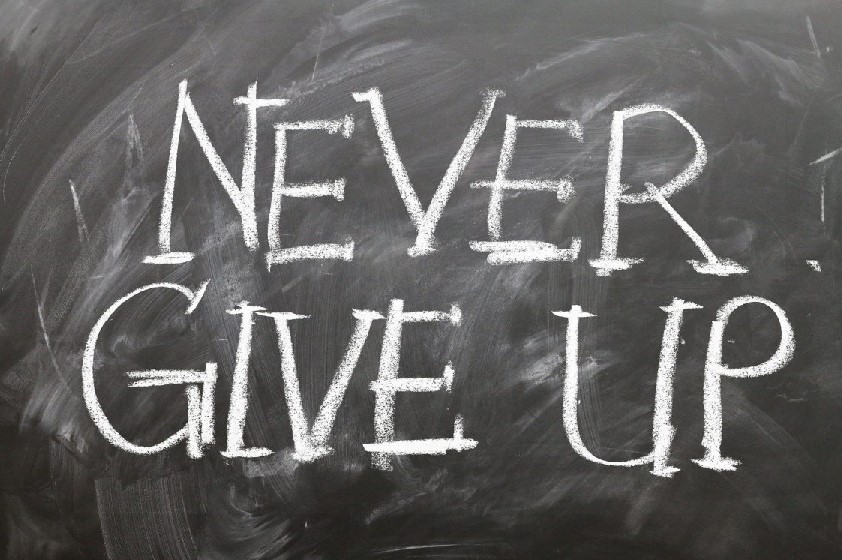