WORLD WAR FLU WHO must probe US bioweapons lab for ‘leaking Covid’, says top Chinese scientist in brazen taunt – “Hua said: “I’d like to stress that if the United States truly respects facts, it should open the biological lab at Fort Detrick, give more transparency to issues like its 200-plus overseas bio-labs, invite WHO experts to conduct origin-tracing in the United States, and respond to the concerns from the international community with real actions.”” – Ben Hill  – COINCIDENTLY, FORT DETRICK’S GERM RESEARCH WAS SHUT DOWN IN AUGUST 2019 BECAUSE OF SAFETY VIOLATIONS IN REGARDS TO THE DISPOSING OF DANGEROUS MATERIALS. HMM, WHEN ABOUTS DID THE VIRUS START.  DO WE WANT TO GO DOWN THAT RABBIT HOLE!!!!!!!!!!!!!!!!!!!

We’ll Have Herd Immunity by April – “Covid cases have dropped 77% in six weeks. Experts should level with the public about the good news.” – Marty Makary

Pandemic will be with us until EVERYONE on earth given Covid-19 vaccine, says Merkel after G7 summit – RT

Covid Therapies versus Covid Vaccines: Who Benefits? – “Yes, they were feverishly working on a vaccine. But why were they not as frantically looking for a cure or treatment? And why were they continuous knocking down every possible treatment that was suggested? ” – Carrie Lynn Caoili

The NY Times recalls an outbreak of PCR lies – “This article is part of a current series of pieces I’m posting—with the purpose of exposing the PCR fraud. The war against humanity relies on this test. If the test falls, the whole official COVID narrative dissolves in front of our eyes.” – Jon Rappoport

The Insanity of the PCR Testing Saga – “Because the PCR test cannot discern between live virus and dead, noninfectious viral debris, the timing of the test is important. Recent research shows the median time from symptom onset to viral clearance confirmed by viral culture is seven days, whereas the PCR test continues to detect nonviable (noninfectious) SARS-CoV-2 for a median of 34 days” – Dr. Joseph Mercola

Bill Gates Supports Forever Mass-Jabbing for Covid – “Gates aims for much more than a third covid jab. Like Gorsky and other Pharma bosses, he also supports forever mass-jabbing — starting with a third after the first two, continuing the process in perpetuity. The more jabs taken, the greater the risk to serious health issues and possible death. Gates and Pharma bosses care about maximum profits. They don’t give a hoot about human health.” – Stephen Lendman

Experimental mRNA vaccines cause 600 new cases of eye disorders and leave 5 people blind, according to UK Government – “A minimum of 1 in 333 people suffer from serious vaccine adverse events in the UK” – Lance D Johnson

Covid or No Covid – “The absence of the big orange You-Know-Who at center stage of American life has changed the mood of the scene from a five-alarm fire to just another day in a collapsing civilization. Covid-19 cases are going down fast across the country. If it actually goes away, imagine the giant hole left in the national narrative. No more arguments over lockdowns, kids could go back to school to learn about the scourge of whiteness, and Americans could see each other’s faces again. The “progressives” in power would have to hunt up some new reasons to cancel the bill of rights. That shouldn’t be too difficult for a party adept at making shit up. Right wing extremism would be my bet, even if Antifa and BLM go back to partying in the streets like it’s 2020 when the weather warms up.” – James Howard Kunstler  – EXCELLENT ARTICLE FROM MR. KUNSTLER ON THE STATE OF THE NATION/ THE BIG PICTURE!!!!!

It’s time to get real about freedom of speech – “Neither side in the culture war understands how crucial this liberty is to human flourishing.” – Brendan O’Neill

Living in The Upside Down – ” Everywhere I turned I saw fear on people’s faces, felt depression and a sense of helplessness in their energy, saw communities turning into recluses, and I thought to myself – “My God, these people have no idea what the face of evil really looks like.” They are fearing something they don’t truly understand, when they should be looking behind the curtain – at those perpetrating the fear, misinforming them, and lying to their faces. They are unable to see deception and have been hypnotized straight from a back row seat right into the movie set itself, and have become the co-stars in this twilight zone years-long series entitled ‘America’s enslavement.’” – Corey Lynn  – GOOD READ FROM COREY!!!!!!!!!!!!!

Exposed: The Media Has Been Lying About The Capitol Protests – “There have also been endless media descriptions of the event as an “armed insurrection.”And there were stories claiming that, as Reuters put it, “Capitol rioters meant to ‘capture and assassinate’ officials.” What is common about all of these media-fed narratives? Not one of them is true. Not. One. Let’s take each claim in turn. ” – I & I Editorial Board

It’s possible that Trump-supporters fell into a trap on January 6 – “Dinesh D’Souza did a podcast pointing out Nancy Pelosi’s peculiar behavior regarding events at the Capitol in the days leading up to January 6. In the five weeks since then, Pelosi has turned Washington, D.C. into an armed, walled city and is working with the White House to crack down on dissenting views — meaning any views that run counter to the Democrat party narrative. There’s something weirdly un-American about what we’re seeing now.” – Andrea Widburg

After a Month and a Half DC Police Have Not Released the Name of Ashli Babbitt Killer – What’s Going On? -Joe Hoft

Biden’s First Month Marked by Broken Promises – “Biden kicked off his campaign by telling wealthy donors that “nothing would fundamentally change” under his presidency. After one month in office, it appears as if that is one campaign promise he is likely to keep.” – Alan Macleod

Biden’s Post-Trump NATO Reset Points to Failing U.S. Global Power in Multipolar World – “The more the US pushes NATO as its vehicle, the more it is apparent that the battery of American power is running flat. A month after his inauguration, President Joe Biden’s administration formally engaged on the international stage this week to set out key foreign policies. Historically, the United States relies on NATO as a conduit to project its power and influence over Europe. This was its fundamental objective when NATO was first set up in 1949 at the start of the Cold War against the Soviet Union. In recent decades, NATO has assumed an ever-expanding purpose for American imperial power projection, encompassing not just Western Europe but all of Europe right up to Russia’s borders. NATO has become a vehicle for American hegemonic ambitions holding sway over the Balkans, Caucasia, North Africa and the Middle East, Africa and Asia-Pacific.” – Strategic Culture Foundation

Is Biden Prepared to Lose Afghanistan? – “A Biden decision to suspend a final pullout of U.S. forces will be well received by our foreign policy elites. But the anti-interventionist wings of the two parties are growing in strength. Is President Joe Biden prepared to preside over the worst U.S. strategic defeat since the fall of Saigon in 1975?” – Patrick J. Buchanan

Lockdowns and the Texas Power Disaster – “What seems to have escaped notice, however, is the role that Covid-related lockdowns may have played in reducing inspections and preparations for a possibly brutal winter. With so much of normal life shut down during the spring and summer, and so many people finding every excuse to Zoom meet rather than go to work, power plants were subject to neglect. ” – Jeffrey A. Tucker

Why Is The Guard Still in D.C.: Pentagon Finally Talks About the ‘Threat,’ That Only Raises More Questions – Nick Arama

An Exceptionally Sad Day For Illinois – “Three stories told those who believe Illinois is on the wrong track that the state’s political establishment cannot care less about their concerns. Disdain and even hatred about those concerns prevail.” – Mark Glennon

“Chestfeeding People” is the New Gender Inclusive Term in UK Hospitals – “Are you ready for this week’s absurdity?” – Simon Black

9 Common Traits Among People Who Are Genuinely Happy – Mark DeNicola

The future of money is gold – “While there is a growing consensus that the days of fiat currencies are finally drawing to a close, the debate about their successor is misinformed due to a lack of understanding about the qualities required of money. This growing consensus is still a minority view, triggered by cryptocurrencies and bitcoin in particular, with enthusiasts claiming bitcoin to be the money of tomorrow. To be long-lasting, stable and practical, the choice of money should be down to its users. But governments have imposed state money on their populations for over a century now, half of which time they pretended their currencies were gold substitutes.” – Alasdair Macleod 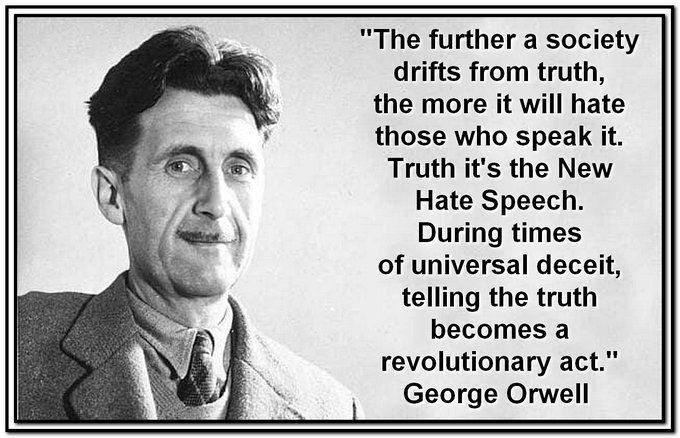