The mRNA COVID Vaccine is NOT a Vaccine – “The new mRNA COVID vaccine deployed by Moderna and Pfizer is not what you think. It’s not a vaccine. These so-called vaccines are chemical devices that make you sick, operating systems that reprogram your DNA forever, and much more.” – Makia Freeman  – GOOD ARTICLE FROM MAKIA!!!!!!!!!!!!!

Gripping ’09 Documentary Featuring Fauci, Redfield, & Other Now-Familiar Faces Inadvertently Sheds Some Very Interesting Light on COVID-19 – “I don’t want to spoil the impact of any of the remarkable facts Leung uncovered or cause anyone to go into the film with any preconceived notions. So I’m going to let you discover them on your own as well as form your own judgments. I’ll merely say that—given the momentous events that made 2020 so uniquely dreadful—many of the surprising but altogether basic facts Leung uncovered about AIDS just might strike an eerily familiar but, I’m sorry to report, not altogether pleasant chord.” – Michael Thau

Water cannons & mounted officers: Unauthorized anti-lockdown rally in Amsterdam invokes strong police respons – “Thousands of anti-lockdown protesters took to the streets of Amsterdam, decrying restrictive measures against the coronavirus. The unauthorized gathering was met with a strong riot police force. The anti-lockdown protesters gathered in the center of the Netherlands capital on Sunday, despite failing to get authorization for the rally from the authorities.” – RT  – VIENNA, AMSTERDAM, SWITZERLAND. LOOKS LIKE EVERYONE IS FED UP WITH POINTLESS LOCKDOWNS!!!!

MSM calls for “new definition of free speech” – “New buzzwords in the mainstream media bubble spell trouble for those outside it. Firstly, and papers on both sides of the Atlantic want to be very clear about this, Donald Trump being banned simultaneously from every major social network is not in any way inhibiting his free speech. Indeed none of the tens of thousands of people banned from twitter et al. have had their free speech infringed either. Neither have any of the proprietors – or users – of the Parler app which the tech giants bullied out of existence. Free Speech is totally intact no matter how many people are banned or deplatformed, the media all agree on that (even the allegedly pro-free speech think tanks).” – Kit Knightly

Information War Dethrones US President – “In order to make their actions seem justifiable and fair to the public, yet another anti-Russia campaign was initiated within the US media landscape under the pretext of combatting false narratives and Russian government-sponsored interference in US presidential elections. Wide-spread censorship of messages and content posted on social media benefited members of the US Democratic party and individuals like George Soros as accounts belonging to alternative information sources, such as that of the New Eastern Outlook, were suspended by US-based social networking sites. Facebook whistleblower Ryan Hartwig filmed with a hidden camera and uncovered documents that show Facebook censoring conservatives and influencing elections on a global scale. In the end, Facebook, Instagram, Twitter, Snapchat and Twitch suspended Donald Trump’s and his closest allies’ accounts and channels, thereby essentially preventing him from communicating with his supporters online and making him lose elections.” – Vladimir Danilov

Google Is Evil – “Famously, Google’s motto is “Don’t Be Evil.” Maybe “famously” isn’t the right word. “Hilariously” is more appropriate because Google is, in fact, an evil company.But it’s not just Google. Name the tech giant and they are pretty much working in ways that are detrimental, if not downright destructive, to the United States of America and the freedoms we hold dear. Google not only tracks every keystroke you make, but it also manipulates your worldview without you even knowing it. ” – Derek Hunter

Fortress Washington Occupied and Militarized – “What’s going on in the nation’s capital is unprecedented. Around 25,000 troops, unknown numbers of secret service agents, other federal security forces, and local police turned the city into a blockaded armed camp ahead of illegitimate transition of power on January 20. The nation’s capital resembles occupied Baghdad’s Green Zone that’s half-way around the world from Washington DC.” – Stephen Lendman

The Establishment Has Prepared Another Assault on Trump America – “What is going on here? At the least, the purpose of militarizing the capital is to further impress on people in the US and abroad that Trump Americans are “enemies of democracy” against whom the new presidency must be protected. Having successfully misrepresented the Trump rally as an insurrection, it is easy for the Establishment to suggest that “the enemies of democracy” will strike again. The message is that as long as Trump Americans have First Amendment rights to assemble and protest, American democracy will be unsafe. This sets the stage for curtailing protests against the Biden regime’s policies and shutting down alternative explanations to the controlled explanations of the Establishment.” – Paul Craig Roberts

Maybe The People Didn’t Elect You… – “Who are you keeping out? Your base? The people that elected you? Walls? You need walls to protect you from the people that voted for you? I thought you didn’t believe in walls and that walls served no purpose? hmmm… ” – Rory Hall

Biden’s Coattails: Government Removed From The People – “The walling off of the citizenry from its halls of government is being streamlined in the wake of the unrest at the U.S. Capitol on Jan. 6. Constructing barriers to separate the American people from their own elected officials is openly referred to as the new normal.” – Joe Schaeffer

State capitols boarded up, fenced off, patrolled by troops – “Details were vague, but demonstrations were expected at state capitols beginning Sunday and leading up to Biden taking the oath of the office Wednesday.” – AP  – DETAILS WERE VAGUE. IMAGINE THAT. AREN’T THET ALWAYS!!!!!!!!!!!!!!!!!

Welcome to Nancy Pelosi and Chuck Schumer’s new abnormal – “Most of those who think Biden can wave a magic wand blame Trump alone for the deep polarization gripping America. They’re wrong — Trump was elected precisely because the country already was deeply polarized. Look at Washington, turned into a garrison town of fences, barbed wire and armed soldiers patrolling the streets. Is this a normal inauguration? The visible response to the storming of Congress mirrors the rhetoric coming from Pelosi, who rushed a meaningless impeachment of Trump in just one day. Before Pelosi, in the entire history of the United States, presidential impeachment was used only twice. She doubled that total in the last 13 months. Trump is her white whale. If the departure of Trump could cure what ails America, we should be seeing signs of it already. But the victory has only stoked the anger of those who never accepted him as president. Revenge is in the air, as members of Congress and far-left activists demand that airlines, hotels, publishing houses and other businesses shun Trump supporters.” – Michael Goodwin

Democrats Cling Desperately to Trump Hatred – “The Democrats are not going to be able to hide much longer behind their Trump hatred. But it’s really all they’ve got.” – Conrad Black

Soon-to-be President Biden has a pen and a phone – “Biden isn’t waiting for a compliant Congress to act. He’s got a raft of executive orders lined up to start the New World Order (plus the old Obama order)” – Andrea Widburg

Democrat House Already Planning Gun Control Bills – “Emboldened by their newly-united government, Democrats, particularly Rep. Sheila Jackson-Lee (D-Texas) have already introduced a raft of new gun control legislation — most of which does not even yet have text. The almost spray-and-pray tactic is a wish-list of liberal infringements on the hated Second Amendment.” – Patrick Richardson

Biden fills out State Department team with Obama veterans – Matthew Lee  – I THINK WITH ALL OF BIDEN’S APPOINTEES, ONE MUST ASK AT THIS POINT, WHO IS REALLY RUNNING THINGS BEHIND THE SCENES. OBAMA, HIMSELF!!!!!!!!!!!!!!!!

With Trump on the Way Out, Mayor Lightfoot Now Demanding Restaurants and Bars Reopen ‘as Quickly as Possible’ – “In fact, with the November election now in the rearview mirror, Democrats and academics everywhere suddenly want to see an end to their job-killing, mental health-ravaging mandates, which have made life a living hell for millions of Americans for nearly a year. It doesn’t make one a conspiracy theorist to question the odd timing of all this.” – Kipp Jones

Spend! Spend! Spend! (VIDEO) – “The US government ran the biggest December deficit in history last month and there is no end in sight to the borrowing and spending. President Biden unveiled a new $1.9 trillion stimulus plan this week. So what? Why does it matter” – Michael Maharrey

Bitcoin. Central Banks Attack Cryptocurrencies (VIDEO) – “Bitcoin and other cryptocurrencies like Ethereum become as an alternative to financial repression and a store of value, especially for citizens in emerging economies where currency depreciation is not a risk but a certainty.” – Daniel Lacalle  – WHICH IS PRECISELY WHY THE CENTRAL BANKS DON’T LIKE IT. THEY CAN’T CONTROL IT YET!!!!!!

Psalm 38:12  They also that seek after my life lay snares for me: and they that seek my hurt speak mischievous things, and imagine deceits all the day long.

Hey, you!
Out there in the cold
Getting lonely, getting old.
Can you feel me?

Hey, you!
Standing in the aisles
With itchy feet and fading smiles.
Can you feel me?

Hey, you!
Don’t help them to bury the light.
Don’t give in without a fight.

Hey, you!
Out there on your own
Sitting naked by the phone.
Would you touch me?

Hey, you!
With your ear against the wall
Waiting for someone to call out.
Would you touch me?

Hey, you!
Would you help me to carry the stone?
Open your heart, I’m coming home

But it was only fantasy.
The wall was too high as you can see.
No matter how he tried he could not break free.
And the worms ate into his brain.

Hey, you!
Out there on the road,
Always doing what you’re told.
Can you help me?

Hey, you!
Out there beyond the wall,
Breaking bottles in the hall.
Can you help me?

Hey, you!
Don’t tell me there’s no hope at all.
Together we stand,
Divided we fall.

( Hey You by Roger Waters ) 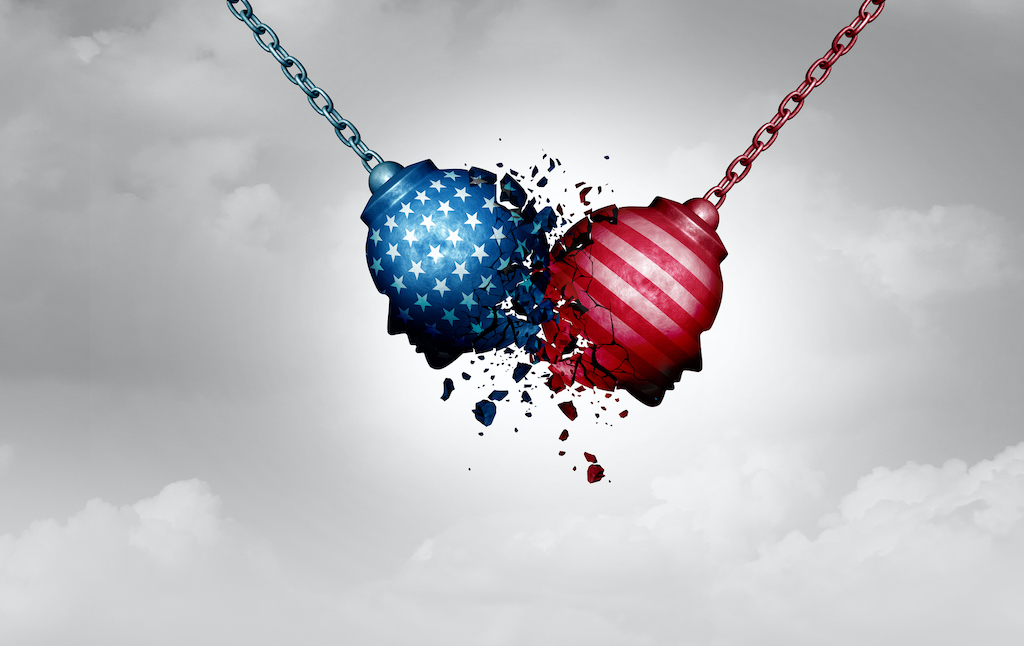