Dr. Fauci Is Either a Liar or a Fraud – “Mea culpa: I spent a lot of time on these here digital pages defending Dr. Anthony Fauci. Brother, was I wrong. Fauci is a stone-cold liar. And if he’s not a stone-cold liar, his only defense is that he is a fraud. Either way, shame on him … and me. Was all his talk about concern for public health, his duty to tell it like it is no matter the personal or political fallout, just a big lie? Is he a fraud who still believes these mass gatherings are a nightmare scenario, but is unwilling to use his massive public platform to say so out loud because shaming protesters who hold the “approved” views among America’s hideous elite would risk Fauci feeling the disapproval of those elites?” – John Nolte

To citizens wearing medical masks: you’re whacko conspiracy theorists – “since MOST of the masks I see people wearing in the community right now are cloth masks. Not only are these masks 100% ineffective at reducing the spread of COVID-19, but they can actually harm you.” – Jon Rappoport

Asymptomatic spread of coronavirus is ‘very rare,’ WHO says – “Preliminary evidence from the earliest outbreaks indicated the virus could spread even if people didn’t have symptoms. But the WHO says that while asymptomatic spread can occur, it is “very rare.”” – William Feuer and Noah Higgins-Dunn

Coronavirus Shows Why We Need Separation of Medicine and State! – “Suddenly the same health “experts” who told us we must not gather in crowds or there will be death in the millions from coronavirus issued statements supporting gathering in crowds. An open letter on the George Floyd protests signed by more than 1,200 doctors and other health professionals clarified that they “do not condemn these gatherings as risky for Covid-19 transmission.” However, they wrote, “this should not be confused with a permissive stance on all gatherings, particularly protests against stay-at-home orders.” Did the coronavirus develop some kind of superior intelligence enabling it to distinguish between those who were congregating for a “good cause” and those who were congregating for a “bad cause”? Of course not. What has happened from the beginning of this shameful coronavirus episode is the politicization of public health at the hands of authoritarians.” – Ron Paul

Flying in the Age of Covid-19 – Laurence M. Vance

Pictured: Post-Pandemic Pod Designed For Office Slaves – “Work in a pod, eat in a pod, live in a pod.” – Steve Watson

Weeding Out Distractions & Maintaining Focus: 4 Key Focal Points – “Thousands of people are not afraid of the virus because they know it’s not a big risk and have therefore taken to the streets to join in on these protests. Yet, these same people were not willing to go against the rules to protest for their own freedoms. Isn’t that interesting? It’s time to fight for your own freedoms that they continue to unjustly remove from you while trying to push threats and fear tactics. Game over. Open your business, take care of your family, and lead the herd. Support one another in your communities and take your lives back!” – Corey Lynn  – A MUST READ FROM COREY!!!!!!!!!!!!!!!!!!!!!!!!!!!!!!!!!!!

Resist the Crazy – “It’s important to understand that virtually everyone considers themselves a good person. That person on the complete opposite side of the political spectrum whom you detest, thinks of themselves as a righteous warrior fighting for all that’s good and just. Everyone sees themselves in this sort of way to a greater or lesser degree, but not everyone can be right. So we divide ourselves into tribes that reinforce our views of how right and great we are, and how bad everyone else is. This prevents us from seeing where other people are coming from, and it prevents us from uniting on the really big issues that affect us all. Moreover, there are people who understand this about human nature and intentionally use it against us.” – Michael Krieger  – GOOD ARTICLE FROM MICHAEL, AS USUAL!!!!

Can We Survive Our Collective Stupidity? – “As kids we used to say, “sticks and stones might break my bones, but words will never hurt me.” Today for the woke weaklings the wrong word is like a nuclear weapon. They collapse in tears and recriminations. NY Times Staffers claimed that by publishing Sen. Cotton’s article, the opinion editor had put their lives in danger by not validating looting and rioting as a valid exercise of free speech.” – Paul Craig Roberts

From Superpredators to Black Lives Matter: Hillary Clinton’s Opportunistic Career Arc – “An honest reckoning of Clinton’s past unearths a myriad of troubling incidents and positions that are difficult to square with her newfound radical antiracist stance.” – Alan Macleod

The Left’s Coming War on Cops – “As the Democrats’ “police reform” bill is debated on the Hill, Republicans will largely stand with the police and Attorney General William Barr, who said Sunday that while there is racism in America, there is no “systemic racism” in the nation’s police departments. If there were, it would be an indictment of the Democrats, who have run most of our great cities for decades. As it rises in prominence, the issue of defunding police will divide the Democratic Party more than the GOP.” – Patrick J. Buchanan

18 murders in 24 hours: Inside the most violent day in 60 years in Chicago – “The Rev. Michael Pfleger, a longtime crusader against gun violence who leads St. Sabina Church in Auburn Gresham, said it was “open season” last weekend in his neighborhood and others on the South and West sides. “On Saturday and particularly Sunday, I heard people saying all over, ‘Hey, there’s no police anywhere, police ain’t doing nothing,’” Pfleger said.” – Tom Schuba, Sam Charles, and Matthew Hendrickson   – I THOUGHT THAT THAT’S WHAT THEY WANT – NO POLICE!!!!!!!!!!!!!!!!!!!!!!!!!!!!!!!

If You Want To Know What Disbanding The Police Looks Like, Look At Mexico – “The rise of vigilante groups in Mexico offers a hint of what happens when institutions fail and civil society collapses. America should be paying attention.” – John Daniel Davidson

Minneapolis to Abolish the Police: How Will That Work? – Mish

Minneapolis City Council President: I Don’t Know Who Will Respond to Crimes After Disbanding the Police – “I’m not sure what’s worse here. That the woman saying this is admitting she doesn’t even know who will police crime after she voted to disband the police? Or that Wolf Blitzer just shrugs like it’s no big deal to not know that? Lisa Bender, the president of the Minneapolis City Council, really wants to destroy her local police department. What she doesn’t know is essentially anything that comes after that. Seems kind of important to know.” – Bonchie

What Actually Happens When You Defund the Police? – Selco

Defund, Reform or Disband US Police? What About the Pentagon, CIA, NSA, US Gulag, and Wall Street Owned Fed Etc! – “Indeed police killings, brutality, and its other unacceptable practices against America’s most disadvantaged are a major societal problem needing correction. Cutting its funding or even replacing it with an alternate societal control system won’t fix things. The problem isn’t cops. It’s power elites controlling them. It’s state-sponsored inequity and injustice, privileged interests served exclusively at the expense of exploiting most others domestically and abroad. US instruments of control go way beyond state and local police” – Stephen Lendman

Wisconsin vs. Illinois: Don’t Ask Responsible States to Bail Out the Reckless – “Put simply, Wisconsin’s retirees receive less generous, but much more sustainable, benefits and have for decades. That necessarily raises the question: Given the contrast, is it even remotely fair that those same retirees, plus the rest of Wisconsin taxpayers, be forced to pick up a substantial piece of the tab for Illinois’ reckless behavior? To ask the question is to answer it: A thousand times, no.” – Jay Miller

WB Pulls Guns From Elmer Fudd, Yosemite Sam in New ‘Looney Tunes’ – “In what has to be the most ridiculous piece of political grandstanding in recent memory, Warner Brothers announced it removed guns from the new Looney Tunes series for HBO Max. The classic cartoon returns Buggs Bunny and all the gang, but this time Elmer Fudd and Yosemite Sam re-emerge without guns. Ironically, this move makes WB the biggest Fudd of them all.” – Personal Defense World

Deutsche Bank close to bankruptcy – “Currently, the DB is the main maintainer of European economies, despite its fragility and financial difficulties. Last year, the Financial Stability Board launched a report with the list of the so-called “too big to fail”, which consists of financial institutions whose size and power are so big that their bankruptcy could represent a systematic global crisis, in domino effect, whose consequences would be unprecedented and would threaten the very survival of the financial systemMany questions remain unanswered. In fact, it is almost undeniable that the fate of Deutsche Bank, without strong state aid, will be the fall and the absolute bankruptcy, which will bring about a compulsory change in the world system, perhaps definitively burying the present “financial age”.. ” – Lucas Leiroz

Crash #2? – “This market is so bullish even bankrupt companies are rallying. The Fed is setting markets up for another crash. Why? Because they’ve set in motion a stock market mania we have not seen since the 2000 tech bubble. But this time while we’re still in a recession. And it is a mania and it’s important to recognize this. And like all manias it’ll end badly. The amount of “ever’s” keep building up. We have the highest market valuations ever (market cap to GDP) 151%” – Sven Henrich

As The Stock Market Soars, The Numbers Say That The Real Economy Is In The Midst Of A Historic Crash – Michael Snyder

A Crash in the Dollar Is Coming – “The era of the U.S. dollar’s “exorbitant privilege” as the world’s primary reserve currency is coming to an end.The key question is what will spark the decline? ” – Stephen Roach

The 53 Companies Bailed Out by the Bank of England: Johnson Controls, Carnival, PACCAR, Honda, Toyota, BASF, Bayer… – “Foreign Companies welcome. US Tax dodgers that didn’t qualify in the US, no problem.” – Nick Corbishley 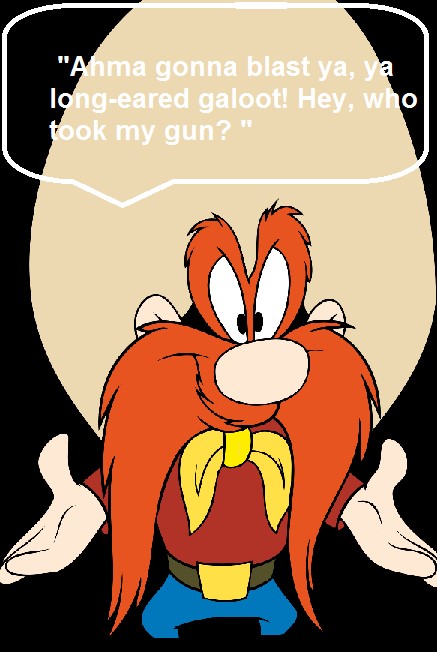