Coronavirus medic claims China is lying as ‘100,000 people are infected’ – “The sobbing woman – believed to work at the quarantined Wuhan hospital in China – says she has seen Coronavirus victims dying in front of her eyes” – Daily Star

The Global Economy Can Kill Us In More Ways Than One – “Globalism, a darling of neoliberals, endangers us all. The possible importation of pandemics is another external cost of the global economy.” – Paul Craig Roberts

FLU SCORE: US 6,600 DEAD. CHINA: 25. THE WEST’S HYSTERICAL, YELLOW PERIL RACISM IS FOAMING AT THE MOUTH OFF THE CHARTS – “Meanwhile, back at the capitalist slaughterhouse ranch, in the last two months, 6,600 Americans died like forgotten dogs from flu. You saw that number right: six-thousand-six hundred human beings in about 60 days. This is not some unhinged conspiracy theory, but is factually reported by the US Center for Disease Control. Reflecting on the above facts, you have to hand it to the West’s Big Lie Propaganda Machine (BLPM). For the West’s oligarchs, all this orchestrated brainwashing brilliantly deflects from just how bad it is back home, ” – Jeff J. Brown  – INTERESTING TAKE ON HOW THE FLU IS KILLING MORE PEOPLE THAN THE POTENTIAL PANDEMIC VIRUS FROM CHINA!!!!

Your Chance Of Developing Symptoms Or Dying From The Menacing Coronavirus That Now Threatens Global Human Populations Is 0.0000017482% Symptoms/ 0.0000001137% Death – Bill Sardi

PPE for a Pandemic: A Guide to Personal Protective Equipment and Masks – “One of the problems with prepping for a pandemic is getting accurate information. When there’s a potential for a highly contagious and potentially deadly disease, people panic. Governments do what they can to minimize panic. This includes protective measures, like restricting travel. It can also mean controlling the release of information” -Cat Ellis

Jerry Nadler Accuses Trump Of Being ‘A Dictator’ – Henry Rodgesr

One-Way Bipartisanship – “For all their talk about a “fair process,” Democrats on Capitol Hill have demonstrated by their votes that they’re interested in anything but.” – Derrick Wilburn

A “Lovely, Knotty Problem”: Is The House Impeachment Case On A Collision Course With The Law of Attempts? – Jonathan Turley

Adam Schiff’s Very Scary Warmongering Speech – “Neocon columnist Jennifer Rubin calls it “a grand slam” in the Washington Post. Legal analyst Jeffrey Toobin describes it as “dazzling” on CNN. New York Times columnist Gail Collins says it was “a great job” and that Schiff is “a rock star” for pulling it off. But in fact it was the opposite – a fear-mongering, sword-rattling harangue that will not only raise tensions with Russia for no good reason, but sends a chilling message to dissidents at home that if they deviate from Russiagate orthodoxy by one iota, they’ll be driven from the fold.” – Daniel Lazare

Beware of the Scheming Trotskyists – “The schism between so-called “Independent Socialist” 2020 Democratic presidential candidate Senator Bernie Sanders and traditional pro-labor Democratic candidates like former Vice President Joe Biden is the result of nothing more than a continuation of the Trotskyist program to divide and conquer social democratic and labor forces, even if such disruption aids the rise of fascist totalitarian regimes” – Wayne Madsen

Snakes In Suits: Are Psychopaths Running The World? – Alanna Ketler

7-year-old children left psychologically terrorized after hearing Greta Thunberg speech… “I don’t want to die!” – “Children have been coming home from school afraid for their future, afraid for their lives. Some kids now believe they have less than ten years to live because of something that has been pounded in their heads — a political dogma called climate change. Children are being told that nothing is being done to address rising temperatures and carbon emissions. They are told that civilization will soon collapse if we don’t take action now. Climate change sensationalism is terrorizing kids, making them believe that they are going to die before they become adults.” – Lance D Johnson

To Trump: Experts Call For Moratorium On 5G Wireless Technology – “Doctors and scientists are calling on President Trump to declare a moratorium on 5G rollout until proper testing is completed over health concerns. However, Technocrats are intent on establishing 5G as quickly as possible to enable the Internet of Things.” – Patrick Wood

Secession in Virginia Would Defuse the State’s Conflict over Guns – “If opponents of the current ideological winds blowing in Virginia find themselves in a permanent minority, it may very well be that the only method of defending the minority position is by leaving the state. But “exit” can theoretically be obtained in more than one way. It can be done on an individual basis, of course, where a single person relocates. Or it can be done through jurisdictional secession. In the case of Virginia, there would be nothing novel about some parts of the state breaking off from the Richmond-controlled government. The same thing happened during and after the American Civil War.” – Ryan McMaken

THE WUHAN WIPEOUT – COULD IT HAPPEN? – “It is far too early to speculate on any future economic outcomes related to this potential outbreak, but it is fairly certain that China, most of Asia, India and potentially Africa could see extensive economic damage related to a contraction in consumer and industrial economic demand as a consequence of this outbreak.” – Chris Vermeulen

Don’t Be Too Sure – “Don’t be too sure that the coronavirus will blow over and have no effect on global growth.” – Charles Hugh Smith

Not Ready For Economic Collapse: Only 41 Percent Of Americans Have $1000 To Cover An Emergency – Michael Snyder

Keeping it Real When Everything Isn’t (VIDEO) with Rob Kirby – “As regulators turn a blind eye to designed crashes on the platinum and palladium markets… As Fed bond repos pump hundreds of billions in to prop up banks, hedge funds, and stocks… As bond auctions are bailed out, and government stats reflect unrecognizable distortions of the reality of people’s lives… Prudent and responsible individuals are left hanging out to dry, holding on for sanity and honesty to return.” – Reluctant Preppers

1 Peter 5:8   Be sober, be vigilant; because your adversary the devil, as a roaring lion, walketh about, seeking whom he may devour: 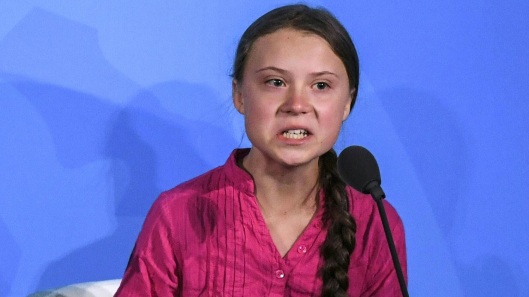