The Odds of Getting a Good Leader – “If we simply do the math, we recognize that, in all likelihood, an individual in a senior political position (state representative on up) is pathological. Whilst, conceptually, the mind recoils at the thought, the numbers illustrate that it’s not only possible but highly likely. Small wonder, then, that on the odd occasion that we see a highly principled individual throw his hat into the ring, he’s almost always trounced in the primaries. Should he actually attain office, he’s likely to last only a term or two before he’s had enough of “the swamp.” He either drops out or becomes a swamp creature himself.” – Jeff Thomas

Impeachment: Does Anyone Even Care? – ““Pelosi is crushing McConnell, step by strategic step.” So a true-blue liberal website known as the Daily Kos declared in a bizarre headline last month. It’s as good an example as any of how completely Democrats have retreated into a fantasy world all their own. Pelosi is not crushing anyone. Thanks to the ongoing impeachment fiasco, she’s caught in a trap of her own devising and is unable to take a single step without making matters worse.” – Daniel Lazare

To Know You Don’t Know – “The US joins the long list of meddlers who have lost blood, treasure, credibility, prestige, and power in the Middle East. It has been unable to impose its version of order on the heart of Chaostan. Iran itself offers the perfect example. Does the assassination of Qassem Soleimani constitute a win or a loss for the United States? There is only one way to “win” in the Middle East. Buy its oil and otherwise stay the hell out.” – Robert Gore  – LONG, BUT GOOD READ FROM ROBERT!!!!!!!!!!!!!!

“Iran Must Begin Acting Like A Normal Nation,” Says Totally Normal Nation – “The government which runs a globe-spanning empire led by a reality TV host keeps talking about the lack of normality in the nation of Iran.” – Caitlin Johnstone

America Plays Warlord in Iraq – the New Frontline against Iran – “Just when we thought the region could not possibly become more volatile, the United States choose to light up a match by playing warlord against its designated nemesis: the Islamic Republic of Iran by challenging its standing in Iraq.” – Catherine Shakdam

Did Pompeo Dupe Trump Into the Soleimani Hit?? – “Donald Trump is under the illusion that the fracas with Iran is over. He thinks that Iran’s pinprick missile strikes on US bases in Iraq have assuaged Tehran’s thirst for revenge. But he’s wrong. The missile strikes were merely the first salvo in an epic cage match between Iran’s Axis of Resistance and its 70 year-long nemesis, the United States” – Mike Whitney

Trump Brags About Selling Troops to Saudi Arabia for $1 Billion – “During a recent interview with Fox News’ Laura Ingraham, U.S. President Donald Trump made some telling comments about the true motives behind the foreign policy of the United States. In effect, Trump was suggesting that U.S. troops are acting as mercenaries for Saudi Arabia.” – John Vibes  – THAT WAS THE EXACT TAKE I GOT WHEN I HEARD THE INTERVIEW!!!!!!!!!!!!!!!!

Sedition in Real Time – “It is a wonder of these incendiary times that even as impeachment of a president moves to its ripest phase, trial in the Senate, the acts of sedition that prompted it still go on behind the scenes with no intervention — an epic failure of authority, if there ever was one. And further irony, if ever there was a trial that cried for witnesses, the impeachment case being brought by Mrs. Pelosi is such a hash of fraud, incompetence, and chicanery, that it begs for summary dismissal — so that these seditious caitiffs will not have to answer to the nation” – James Howard Kunstler

FISA Court judge signals cover-up underway with outrageous appointment of lefty Lawfare blogger to oversee ‘reform’ – “If you are 100% certain that Jeffrey Epstein killed himself, then you will be delighted by the appointment of David Kris to oversee a review of the FBI’s practices in seeking FISA Court approval of its applications to spy on American citizens. The rest of us must conclude that the fix, once again, as so often with the Deep State, is in.” – Thomas Lifson

The war on media comes home – “Why would anyone in his right mind place blind faith in these newspeople? The answer is simple. No one who gives that faith is in his right mind. He has surrendered his mind. Surrendered it to the need for authority. “You have to trust somebody.” This is the rube and yokel factor.” – Jon Rappoport

How George Soros Corrupted Philadelphia’s Justice System – “Philadelphia is one of the least safe big cities in the US. How did it get that way? Thanks to George Soros, Larry Krasner was elected District Attorney in Philadelphia. Krasner is Self-Proclaimed Social Justice Warrior.” – Mish

Scientists Call For Ban on Human Gene Editing – “The real issue in the exploding use of gene editing to alter DNA in animals, plants and even humans is the fact that it is not at all clear how safe it is in the long term.” – F. William Engdahl  – THE REAL ISSUE IS NOT SAFETY, BUT MEN PLAYING GOD!!!!!!!!!!!!!!!!!!!!!!!

Virginia Set For Showdown At Gun Rights Rally – “How far will Gov. Northam go on gun control, and how far will Virginians go to resist?” – Lorraine Silvetz, MSW

GUN OWNERS’ MESSAGE TO LAW ENFORCEMENT: STAND WITH US! – “Law-abiding American gun owners stand with law enforcement, and American law enforcement must stand with us. Elitist politicians across the country are advancing draconian national, state, and local gun control schemes that will do nothing to deter criminal activity and will only undermine honest Americans’ natural right and responsibility to provide for their own safety and security.” – NC Scout

Why Are Volcanoes All Over The Globe Suddenly Shooting Giant Clouds Of Ash Miles Into The Air? -Michael Snyder

USE&E: The Most Important Skills and Gear Might Not Be What You’d Expect – “The most important urban survival issues may not be what you’d expect.” – Terry Trahan

Are the Fed’s Repo Loans Being Repaid by Wall Street’s Trading Houses or Just Rolled Over and Over? – Pam Martens and Russ Martens

Could the Fed Ever Exit the Repo Market? – “It is stunning how after more than three months, the analysis on the repo market is still nowhere close to reality. I believe that those in the trenches are, like me, afraid to really explain what is taking place for fear they will be blamed for creating a financial panic.” – Martin Armstrong

The Fed Has Already Lost Control (VIDEO) with Bill Holter – “After months of #repo lines and injecting more credit into the system, it seems as if not only haven’t the problems been resolved. But that they appear to be getting worse. As the #FederalReserve has lost control, and the #everythingbubble is coming to an end” – Arcadia Economics  – BILL IS ALWAYS A GOOD LISTEN!!!!!!!!!!!!!!!!!!!!!!

409Ks, 90% Gains, The Fed and Darth Vader’s Warning – “The worship of mortals as demi-gods and faith in Golden Idols triggers a turn in the karmic wheel as near-infinite hubris invites divine retribution. President Trump and the Federal Reserve agree: the “solution” to inequality and malaise is to boost the 409Ks of the top 5%, leaving the rest of the American workforce as glorified servants of the few who benefit from a record-setting stock market.” – Charles Hugh Smith

MY BIG TREND ANALYSIS FOR SILVER INVESTOR – PART I – “Everyone seems to be focused on Gold recently and seems to be ignoring the real upside potential in Silver. With all the global economic issues, military tensions, geopolitical issues, and other items continually pushed into the news cycles, it is easy to understand why traders and investors may be ignoring Silver.” – Chris Vermeulen

Job 41:21   His breath kindleth coals, and a flame goeth out of his mouth. 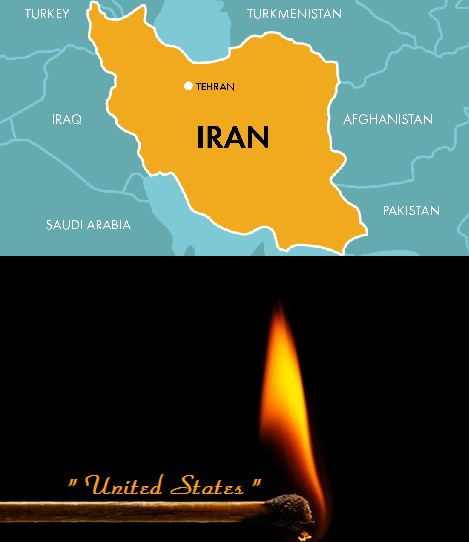