The Inspector General’s Report on 2016 FBI Spying Reveals a Scandal of Historic Magnitude: Not Only for the FBI but Also the U.S. Media – Glenn Greenwald

Eric Holder Reveals Deep State Running Scared (VIDEO) with Kevin Shipp – “Shipp says during the entire Trump Presidency, the mainstream media (MSM) has operated as a propaganda arm of the Deep State and the Democrats. They put these stories out intentionally because they are creating their own story, and that is what the propaganda mainstream media does. It creates its own story. . . .They want to frame their latest story that there really wasn’t any spying on Trump. That’s what FISA warrants and applications are all about. They are all about spying.” – Greg Hunter

An impeachment peel-off: ‘Rats flee Pelosi’s sinking ship – “Is the impeachment ship sinking? Well, it’s always a pretty good sign of it when the ‘rats are fleeing the ship. That’s the case with Rep. Jeff Van Drew, who’s getting ready to scrap the ‘Rat designation and become a Republican to boot.” – Monica Showalter

The Divine Right of Elite Pedos – “Thousands of pages of damning evidence—and a list of important names—remain sealed. It is not clear if we will ever know for sure who’s included in Ghislaine Maxwell and Jeffery Epstein’s rogue gallery of pedophiles. The Epstein case, if ever fully revealed, will represent much more than a chink in the armor that has protected our self-appointed rulers for decades.” – Kurt Nimmo

Trump’s Amazing Trade Deal: Details a Complete Mystery – “At long last we have a deal. And it’s an amazing one. For everybody. What’s in the deal, however, is a mystery.” – Mish

Washington Post Revelations Only Part of the Story – “The publicity given to the Washington Post revelations while welcome, continues to ignore several major points about that conflict. It is hardly a shattering revelation that the United States government lies. Nor is it a revelation that their various schemes to invade or attack foreign governments are often ill-conceived, badly executed, and lack a “what comes next” strategy. Putting a stop to these endless invasions, occupations and destructive policies will not come about by ignoring their essential character, which is the furtherance of the economic and geopolitical interests, not only of the United States government, but the powerful forces and individuals that are the true determiners of United States foreign policy.” – James ONeill

Confirmed: Monsanto is a criminal corporation that knowingly commits chemical crimes against all life on earth – “Bayer executive hilariously claims that chemical companies act as “stewards of the land”” – Ethan Huff

One-third of credit card debt is caused by medical expenses. These steps can help you manage those bills – Lorie Konish and Sharon Epperson

How To Use A Quiet Generator To Protect Your Home – ” today’s article is aimed at helping preppers reading Survivopedia.com to improve their OPSEC rating by making their generator quieter. That’s a big issue if you come to think about it.” – Chris Black

Five Reasons You Need a Dog in Your Prepper Group – M.D. Creekmore

System Failure – “Indeed, the evidence increasingly suggests the Fed, desperate to fix a leak in the hull, is lightening the whole ship on fire in the process by blowing a historic asset bubble setting markets up to fail and on course for a massive reversion. Why system failure? Because 2019 has revealed a fundamental truth: Central banks can’t extract themselves from the monstrosity they have created and made markets dependent upon.” – Sven Henrich

The Bogus Legend of Paul Volcker – “Paul Volcker should be remembered, but for what he really did, not the mythology invented by his backers on Wall Street. His entire career, like that of his long-time associate Kissinger, was tied to the Rockefellers.” – F. William Engdahl

Proverbs 10:12  Hatred stirreth up strifes: but love covereth all sins.

The eastern world it is exploding
Violence flarin’, bullets loadin’
You’re old enough to kill but not for votin’
You don’t believe in war but whats that gun you’re totin’?
And even the Jordan River has bodies floatin’

Don’t you understand what I’m tryin’ to say
Can’t you feel the fears I’m feelin’ today?
If the button is pushed, there’s no runnin’ away
There’ll be no one to save with the world in a grave
Take a look around you boy, it’s bound to scare you boy

Think of all the hate there is in Red China
Then take a look around to Selma, Alabama
You may leave here for four days in space
But when you return it’s the same old place
The pounding of the drums, the pride and disgrace
You can bury your dead but don’t leave a trace
Hate your next door neighbor but don’t forget to say grace

( Eve Of Destruction by Steve Barri and P.F. Sloan ) 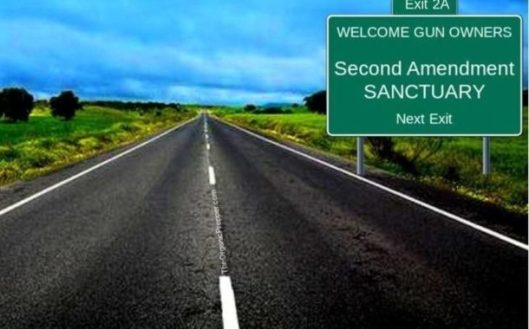