False Flag? Iran Has Little To Gain From Oman Tanker Attacks – “Gulf of Tonkin 2.0? Regardless of whether Iran is responsible for damage to vessels in the Sea of Oman, Bloomberg’s Julian Lee explains, it will still get the blame – and suffer the fallout.” – Tyler Durdan  – SOUNDS LIKE A CONVENIENT FALSE FLAG TO ME!!!

Tanker Wars, Bolton, and a “Batshit Crazy” Trump – “Later this afternoon, the Trumpers will place the blame squarely on those evil mullahs who want nothing more than to destroy America and Israel.” – Kurt Nimmo

Pence Goes to War: America Will Be Fighting Forever – “First of all, it is discouraging to note that Pence believes that a war or wars must take place, and further, one must have to wonder exactly what scenarios are envisioned by Pence, and also presumably by his boss and colleagues, regarding precisely how war against other nuclear powers will play out.” – Philip Giraldi

Who Will Protect the World From Trump? – “Trump says he will protect Germany from Russia. There is only one problem: Germany does not want or need Trump’s help.” – Mish

Everything Trump says he knows “more about than anybody” – Haley Britzky

DOJ Bloodhounds on the Scent of John Brennan – “With Justice Department investigators’ noses to the ground, it should be just a matter of time before they identify Brennan as fabricator-in-chief of the Russiagate story. The New York Times Thursday morning has bad news for one of its favorite anonymous sources, former CIA Director John Brennan.” – Ray McGovern

Of Lesser Men – “We are going to be calling the comic tragedy of the Muller investigation what it really is, “MuellerGate.” Any possibility that there was ever an investigation of anything intended is gone but the real reasons might well startle all but the most paranoid or well-informed watchers. What began as RussiaGate is playing out as not just fakery, but a complex and well-crafted intelligence operation intended to destabilize both the United State and Russia with full complicity of the press, those who control the press from the inside.” – Gordon Duff

Joe Biden: So Fake, He May Not Even Exist At All – “Everything about Joe Biden is fake, phony, or stolen from someone else – and yet he’s winning!” – Graham J Noble

Where are the hundreds of Congolese migrants now? – Jaleesa Irizarry

Midwest Flooding Will Cause Shortages of THESE FOODS – Cat Ellis  – STOCK UP NOW ON WHATEVER YOU USE AND THINK IS ESSENTIAL!!!!

European Alternate Payment System to Circumvent US Iran Sanctions Nearly Ready – “This is yet another move in a global effort to minimize dependence on the US dollar.” – Peter Schiff

What the Hell Is Going On In the Dominican Republic? – ‘Though it’s unclear if they’re connected, at least six American tourists have died under mysterious circumstances in the last year alone” – E.J. Dickson

‘Deaths Of Despair’ In The U.S. Hit Record High – So How Bad Will Things Get When Society Starts To Completely Collapse? – Michael Snyder

A $45 billion public works plan and what does Illinois get? Deeper in debt. – “No amount of debt, or the bad credit that results, restrains Illinois’ leaders from getting googly-eyed over spending.” – Chicago Tribune

Why Do Preppers Need to Know Basic Plumbing? – Wild Bill

Choosing The Best Optic For Your SHTF Rifle – Killian McGrath

Jeremiah 14:10-12  Thus saith the Lord unto this people, Thus have they loved to wander, they have not refrained their feet, therefore the Lord doth not accept them; he will now remember their iniquity, and visit their sins.  Then said the Lord unto me, Pray not for this people for their good.  When they fast, I will not hear their cry; and when they offer burnt offering and an oblation, I will not accept them: but I will consume them by the sword, and by the famine, and by the pestilence. 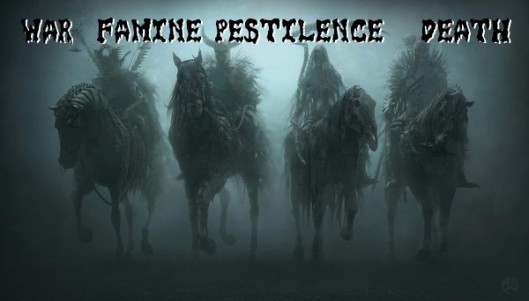