Global Elites Started The Russia Nonsense. – “Attorney General William Barr has turned the attention of the Russia probe to its origin. Who started this and why? The answer, as in all the best crime dramas, is probably hiding in plain sight.” -Thomas Farnan

How You Can Be 100% Certain That QAnon Is Bullshit – “It is not good that a vocal and enthusiastic part of Trump’s largely anti-interventionist, pro-WikiLeaks base has been propagandized into consistently stumping for longtime agendas of the CIA and the Pentagon. Someone’s benefiting from this, and it isn’t you.” – Caitlin Johnstone

FIRED UP, READY TO GO? Angry Hillary energizes 1,500 Dems in Texas – “Is Hillary Clinton waiting for Joe Biden to collapse so she can launch another yet campaign for president?” – Kyle Olson

Anti-Venezuela Propaganda Some of the Worst in Memory – “Fake news on the country has been at a fever pitch since Trump regime designated puppet Guaido illegally self-declared himself interim Venezuelan president, a flagrant constitutional violation — establishment media going along with the ruse. Activists visiting Venezuela see firsthand how followers of establishment media are lied to about the country.” – Stephen Lendman

Roll Over, Jay Nordlinger! Ilhan Omar Is NOT “Classically American.” and She Never Will be. – Washington Watcher

Bipartisan thirst for more war: 75% of Congress calls on Trump to boost intervention in Syria, to ‘pressure’ Iran and Russia – “While Trump threatens Iran and Venezuela with new wars, 400 Congress members, including leaders from both parties, want to intensify the eight-year war on Syria, to weaken Iran, Russia, and Hezbollah.” – Ben Norton

Iran Is a Danger to No One – Doug Casey

Macron and Le Pen in battle for EU’s soul – “The fight between President Emmanuel Macron and far-right leader Marine Le Pen in Sunday’s European election in France mirrors a larger battle across the continent between competing visions of bloc’s future. Macron, France’s youngest ever president, and Le Pen have a lot riding on the results of the polls which both have pitched as a re-run of their duel for the presidency two years ago.” – France 24

The Government’s Indictment of Julian Assange Poses a Clear and Present Danger to Journalism, the Freedom of the Press, and Freedom of Speech – David Greene and Kurt Opsahl

You Know Things are Falling When… – David Haggith

Avenatti, Wohl and the Krassensteins Prove Political Media Is a Hucksters’ Paradise – “In the Trump era of cartoon politics, the world’s biggest jackasses have an easy highway to fame and fortune” – Matt Taibbi

The Militarization of America’s Police: A Brief History – “As the police have militarized, focus has shifted from one who keeps the peace to one who enforces the law—an important difference. Get the weapons of war off our streets!” This may sound familiar, as it’s often heard from those attempting to pass more gun control legislation. But what you don’t hear is that it’s simply untrue that “weapons of war” are available to the general public. What is true is that you’d last about three minutes in a conventional war with an AR-15, even with one of the most aggressive builds you can get your hands on. The only people with “weapons of war” on America’s streets are, increasingly, the police.” – Brian Miller

Proverbs 10:32    The lips of the righteous know what is acceptable: but the mouth of the wicked speaketh frowardness.

We sick an’ tired of-a your ism-skism game –
Dyin’ ‘n’ goin’ to heaven in-a Jesus’ name, Lord.
We know when we understand:
Almighty God is a living man.
You can fool some people sometimes,
But you can’t fool all the people all the time.
So now we see the light (What you gonna do?),
We gonna stand up for our rights! (Yeah, yeah, yeah!)

( Get Up, Stand Up by Bob Marley and Peter Tosh ) 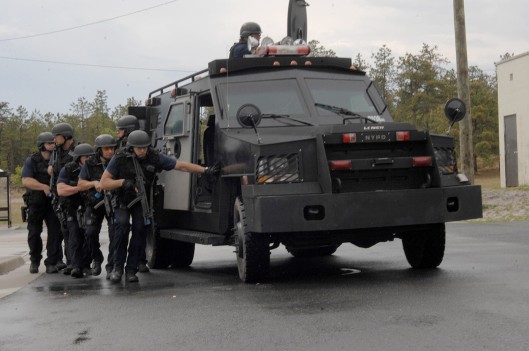 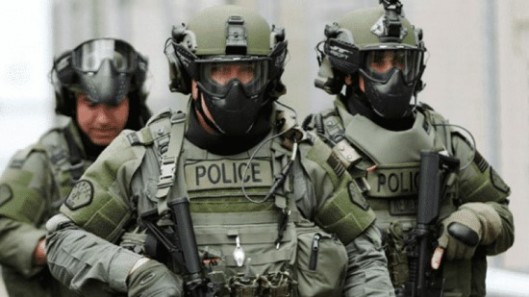