12 HUGE Bombshells in One Week – But, “Nothing’s Happening?” – “Buckle up – this party is just getting started.” – Corey Lynn

Was Judge Jeanine Pirro’s question about Ilhan Omar all that outrageous? – “Judge Jeanine Pirro got her Fox News show pulled from the air, presumably suspended, maybe cancelled, after she made a remark about Rep. Ilhan Omar’s wearing of the hijab that was condemned, first by the left and then by politically correct FNC officials as unacceptable.” – Monica Showalter

New Zealand welcomes gun control after mosque massacre: ‘There will be no opposition’ – Stephen Wright and Kristen Gelineau

NZ Killer Created By The Media, For The Media – What The MSM Is Not Reporting From Killer’s Manifesto Is More Telling Than What They Are – Susan Duclos

Media Reporting on New Zealand, but Did You Hear About That OTHER Bigotry-driven Massacre? – “Actually, the latter, recent incidents in Nigeria in which Muslim Fulani militants murdered a total of 23 Christians, are just part of a large category of massacres ignored by the mainstream media. But it’s not fair to say the media couldn’t care less about them. They care very much about ignoring them. Because these incidents involve the wrong people killing and the right people killed.” – Selwyn Duke  – JAMES GEORGE JATRAS MADE A SIMILAR ARGUMENT IN AN ARTICLE LINKED YESTERDAY. WHEN IT COMES TO CHRISTIANS INSTEAD OF MUSLIMS; IT’S TOTALLY IGNORED BY THE MSM!!!!!!!!!!!!!!

How to Read a Manifesto – ” The largest news organizations sifted through the entire 74 pages in order to find a single reference to the President of the United States and to tie it, as a headline across the globe, to the killer. Immediately the establishment hacks went into overdrive, in many cases warning, even threatening web users from looking at the video or reading the manifesto. They quickly offered up their spin of the event, creating heavily edited snatches of his writing and deleting the rest,” – Hardscrabble Farmer

Pompeo’s Hubris, Arrogance, and Contempt for Rule of Law Principles – “At a Friday press briefing, Pompeo recited his usual litany of bald-faced Big Lies. Nothing he says is credible. “We all want this conflict to end (sic). We all want to improve the dire humanitarian situation (sic). But the Trump (regime) fundamentally disagrees that curbing our assistance to the Saudi-led coalition (sic) is the way to achieve these goals.” Fact: Yemen is Washington’s war, begun weeks post-9/11, waged by three US regimes,” – Stephen Lendman

From ‘Humanitarian Aid’ to a Nationwide Blackout: What Next for Trump’s Coup in Venezuela? – Jorge Martin

4th Generation Warfare (4GW) used by USG to Attack Venezuela – “The US famously overthrew democratically elected Chilean President Salvador Allende in order to install puppet dictator Pinochet in a 1973 coup. Guess what? They also cut the electricity there too before the actual coup that ousted Allende,” – Makia Freeman

Decentralize the French State – “In a cruel twist of irony, France has reverted back to its monarchical political economy, dominated by an interventionist state that heavily regulates, subsidizes, and controls certain sectors of the economy. Sadly, many of the yellow vest protestors have not comprehended the 800-pound elephant in the room that is French statism.” – José Niño

May and Merkel Fiddle While Their Unions Burn – Tom Luango

Beto The Buffoon – “Clearly, this candidate is a total clown. His political experience is minimal, consisting of six years on the El Paso City Council and six years as a United States Representative. While in Congress, O’Rourke’s legislative accomplishments consisted of passing exactly one bill, naming a local courthouse. How can a presidential candidate who skateboards onto a stage be taken seriously?” – Jeff Crouere

OH BOY! Barack Obama’s brother asks if Michelle is ‘Michael’ – “It’s not the first time Malik has made things uncomfortable for his brother on social media. In 2017, Malik Obama tweeted an image of what appears to be Barack’s birth certificate. Except it’s not from Hawaii, but rather Kenya.” – Kyle Olson

Geoengineering Watch Global Alert News, March 16, 2019 (VIDEO) – “The tragic event in New Zealand has provided the power structure with a means of temporarily distracting populations from their ever more blatant crimes. Was there more to the recent airline crash than we have been told? The gathering storm will not seem real to most until it hits.” – Dane Wigington

‘I will never get over feeling I killed my son’: Anti-vaccination activists refuse to be ‘silenced’ – “Vaccination skeptics say the US government has joined with pharmaceutical companies to shut them down, and the veil of silence over the true dangers of inoculation is secretly killing hundreds of children each year.” – RT

How to Start Prepper Without Buying Anything New – Wild Bill

Shotgun myths that a lot of preppers still believe (but can get you killed) – “Remember that there is no prize for having a “cool” gun when it comes to survival. The only real trophy is your life, and those of your loved ones, as you survive the fight.” – Rhonda Johansson

Proverbs 3:30  Strive not with a man without cause, if he have done thee no harm

Father, father
We don’t need to escalate
You see, war is not the answer
For only love can conquer hate
You know we’ve got to find a way
To bring some lovin’ here today 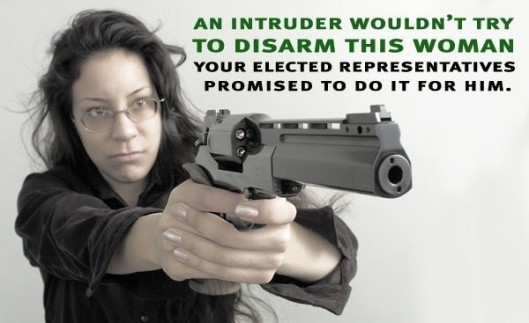