( THERE IS A COMMON THREAD IN A LOT OF THE LINKS TODAY ON ARTICLES ABOUT  VACCINES, ABORTION, GMOs, GUN CONTROL, 5G, AND ECONOMIC COLLAPSE  –  ALL ARE  METHODS OF CONTROL! )

Trump: “Imagine If I Had Long Term ZERO Interest Rates To Play With” – Tyler Durden  – COINCIDENCE THAT THE FED STARTS RAISING RATES ONCE TRUMP GETS IN OFFICE. ALL PART OF THE PLAN TO BLAME THE ECONOMIC COLLAPSE ON TRUMP!!!!!!!!!!!!!

THE FALL GUY: No Wall & No Swamp Draining, But THERE WILL BE TOTAL ECONOMIC COLLAPSE – “Is Trump role playing the guy who gets blamed for, among many things, the economic collapse? As a means to this end? Here’s the “yes he is” argument…” – Paul “Half Dollar” Eberhart  – GOOD ARTICLE!!!!!!!!!!!!!!!!!!!!

Typhoid John Spreads Neocon Infection at the White House – “While the corporate media doubled down on the prospect of Trump’s wall emergency, the neocon infection inside the floundering Trump administration spread. John Bolton appointed one of his buddies from the Foundation for Defense of Democracies (FDD) to a key post.” – Kurt Nimmo

Return of the Neocons – Stephen Wertheim

The government shutdown is far worse than we even imagined – “The problem is simple arithmetic. The scariest part is there are people connected to this who don’t even realize it. You might be a subcontractor and not even realize the government is your ultimate client. And if that’s the case, you’re out in the cold, too.” – Simon Black

HR 1: For the People Act of 2019 – Hold the Cheers – “HR 1 is 571 pages of Orwellian fake populism, fake democracy in action, fake-anti-corruption efforts, fake getting money out of politics, fake strengthening of enfranchisement, and fake upholding of ethical standards entirely absent in Washington. The measure is all hype and deception, the illusion of high-mindedness, polar opposite governance the way it should be. Both right wings of US duopoly rule abhor and reject fulfilling what matters most to ordinary Americans. Their actions show where they stand.” – Stephen Lendman

Virginia Gov. Calls for Just about Every Gun Control Law There Is – “Virginia’s new governor isn’t wasting any time in his quest to disarm his constituents.” – Teresa Mull

Missouri: Entrepreneur Uses Gun Buy Back Program To Sell Junk Guns For Cash To Purchase New Ones – “Yes, every time that government seeks to overstep its bounds and do things it was never intended to do or ban certain items, they simply spark human ingenuity and entrepreneurship to work around their pretended legislation.” – Tim Brown

Alexandria Ocasio-Cortez flaunts her ignorance – “It’s hard to determine if Ms. Ocasio-Cortez is just naïve or a simpleton spouting talking points. By using the U.K., Sweden, and Norway as shining examples in support of her socialist policies, Ms. Ocasio-Cortez fails to understand, much less acknowledge that the citizenry financially support the monarchy in each of these countries.” – Anna L. Stark

The Latest SPLC Smear Attack – “The Southern Poverty Law Center (SPLC) has published yet another smear article about me, the readers of SurvivalBlog, and the American Redoubt movement” – James Wesley Rawles

CDC’s Own Expert Vaccine Court Witness Confirmed Vaccines Can Cause Autism, So They Fired Him Immediately – Catherine J. Frompovich

Medical experts silenced when it comes to effects of vaccines on kids? – “Enter Dr Andrew Zimmerman on the vaccine-autism connection “Vaxxed, the sequel”” – Jon Rappoport

Your Phone Is Listening and it’s Not Paranoia – “Here’s how I got to bottom of the ads-coinciding-with-conversations mystery.” – Sam Nichols

A Farewell to “Bargain Shopping” – ” Zero interest rates made savings a mug’s game, and zero interest rates were necessary to extend the borrowing far beyond the credible boundaries of repayment. Debt isn’t capital, it just pretends to be for a period of time. Wall Street made its trillions off the time-value of that pretense and now time is up.” – James Howard Kunstler

5 Incredible Ways You Can Use Hemp – Lisa Egan

Hand Tools vs. Power Tools Which are Best for Preppers? – John Herzig

VERSE FOR THE DAY ( USED BEFORE )

Proverbs 25:28    He that hath no rule over his own spirit is like a city that is broken down, and without walls. 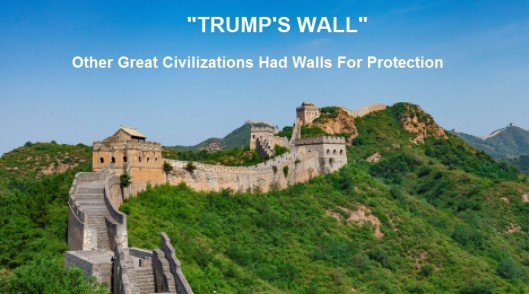