Your Post-COVID Life Will Be Controlled By Track & Trace Apps Funded By The Rockefeller & Clinton Foundations – “The Rockefeller Foundation and the Clinton Foundation have developed a series of COVID apps which will tightly control your post-covid life. The initiative is launched by non-profit trust Commons Project Foundation which is part of the World Economic Forum. The Commons Project include three COVID apps: CommonHealth, COVIDcheck and CommonPass.” – Humans Are Free  – A MUST READ. HAD NEVER HEARD OF THE COMMONS PROJECT UNTIL I READ THIS ARTICLE. AND YES THIS IS NOT FAKE NEWS, JUST GO TO THEIR OWN WEBSITE, IT’S ALL OUT THEIR IN THE OPEN. SCARY!!!!!!!!!!!!!!!!!

Secretive HHS AI Platform to Predict US Covid-19 Outbreaks Weeks in Advance – “A new AI-powered module known as HHS Vision has been added to the controversial and secretive HHS Protect system for amassing data related to Covid-19. By year’s end, this opaque, yet increasingly influential, system is set to predict Covid-19 outbreaks without traditional testing.” – Whitney Webb  – ANOTHER WELL RESEARCHED ARTICLE FROM WHITNEY!!!

The Covid-19 Numbers Game: The “Second Wave” is Based on Fake Statistics – Prof Michel Chossudovsky

New Italy mandate requires face masks at all times when outside, sparks protests in Rome – “Protestors say the virus measures are too harsh.” – Brianna Kraemer

Is The Guardian planning an attack on the Great Barrington scientists? – Freddie Sayers

An Attempted Media Sandbag: My Experience (VIDEO) – “No proof, but my guess is that they figured that they would get on the show a non-scientist editor guy who could never hold his own against these two media savvy lockdowners. I like to think that it didn’t work.” – Jeffrey A. Tucker

What You Need to Know About the Act of 1986 (VIDEO) – “The Act shields manufacturers from liability and requires those injured by vaccines to sue the U.S. government for compensation instead. “1986: The Act” illustrates the dangers of removing a product — vaccines — from the constraints of the free market, as it removes incentives for safety. The vaccine industry has created a perfect business model for profitability. They need not conduct proper safety studies, which are both costly and time consuming, and have no liability for harms done by their products.” – Dr. Joseph Mercola

Let’s Hear It for Real Religious Freedom – “Many on the left think that religion is all fine and good if it stays politely within the confines of Sunday morning, but that it becomes objectionable if it dictates how you actually live your life. We’ve seen this in the Democrats’ suspicion and outright hostility to Coney Barrett’s nomination. But we must remember that real religious freedom is not mere freedom of worship — it’s the freedom to practice your faith and live by its rules.” – Kathryn Lopez

Trump reportedly wanted to rip open his button-down to reveal a Superman T-shirt to surprise people when he left the hospital – “President Donald Trump floated an idea to surprise observers by ripping open his button-down shirt and reveal a Superman t-shirt underneath, according to a New York Times report.” – David Choi  – MORE “BS” FROM THE TIMES, AND I’M SURE THEIR SOURCE WAS ANONYMOUS!!!!!

Every Presidential Election Since The Iraq War Has Featured Candidates Who Supported It – “The most powerful government on earth has still yet to have a single presidential election that doesn’t feature a prominent candidate who supported one of the most evil things that government has ever done. The United States has done many, many profoundly evil things throughout its history, but the 2003 invasion of Iraq is surely in the top ten.” – Caitlin Johnstone

Wake Up America And The WORLD! You Are Being Played. (VIDEO) – Gregory Mannarino

Joe Biden says voters don’t deserve to know if he would pack the Supreme Court – “Biden says the public will know his position on court-packing the day after the election.” – Brianna Kraemer

Pasteur’s Noble Vision – “One of the greatest microbiologists in history is still warning all of us about where the real danger lies in this era of politics and pandemic. It is important to look beyond COVID and see what really threatens our nation’s future. It is Communist China, the source of COVID-19, and a country that has, as its openly stated aim, global domination. Equally dangerous are those in league with Beijing. Their eyes are on cheap labor and a market of 1.5 billion consumers. These sympathizers wish, for their personal profit, to trade away the future of our democracy.” – Lawrence Kadish

The Ridiculous Distortions Of The Iran Obsession – Daniel Larison

Battlefield Social Media: The West’s Growing Censorship – ” the Internet has been taken over by social media and tech giants like Google, Facebook and Twitter. Their platforms clearly serve as online public squares where everything is discussed and even election campaigns play out. Yet these companies have, over the years, begun to eliminate voices of dissent against a notion known as “consensus.” If you are speaking out against “consensus” you are in real danger of disappearing from these platforms” – Ulson Gunnar

Treat Women Equally By Treating Them Differently? – “Let’s face it, there is nothing that won’t offend a Democrat. They get up every morning actively seeking something to bother them after waking up in a cold sweat and dreaming of microaggressions.This week’s examples are about sexism, which at least is a nice change of pace from Democrats calling everyone racist. Since its inception, feminism told everyone they were fighting for equality. That’s a noble goal. It’s also one the feminists achieved, whether they want to admit it or not ” – Derek Hunter

Study warns US farmland is now 48 TIMES more TOXIC to insects: Are neonicotinoids to blame for the impending “insect apocalypse?” – Cassie B.

Is This The Weekend It All Falls Apart, With Silver Surging Sunday Night…?!? – “The sheeple think they’ve got a little breather. Trump is cured, and it’s a total miracle! Things are starting to look up now! They’ve gone back to grazing. Wasn’t really all that bad. Coulda been much w- W-wait a second. What’s that? BOOM! Bad. Stack accordingly…” – Paul “Half Dollar” Eberhart

The Dominos Are Falling and It Begins With THIS. Financial Crisis Part 2 is On (VIDEO) – The Money GPS

A September to Remember – David Haggith

The Hazards of 4 More Years of Jerome Powell – Birch Gold

Proverbs 16:27   An ungodly man diggeth up evil: and in his lips there is as a burning fire.

( A Little Light Within by Sturgill Simpson ) 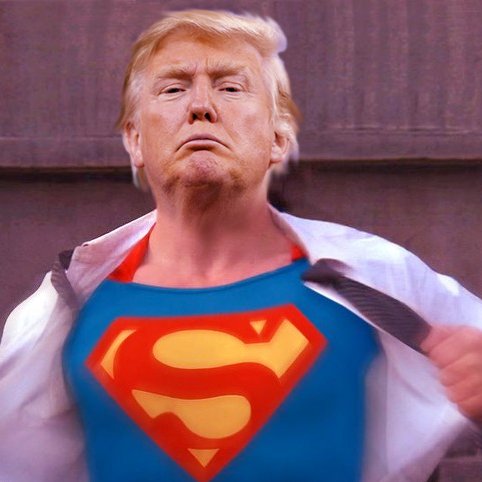