9/11: Finally the Truth Comes Out? – “Although the United States is allegedly a democracy with a rule of law, it has taken 17 years for public pressure to bring about the first grand jury investigation of 9/11. Based on the work of Architects & Engineers for 9/11 Truth led by Richard Gage. This puts the US Justice (sic) Department in an extraordinary position. Every informed person is aware that elements of the US government were involved either in the perpetration of the 9/11 attacks or in a coverup of the attacks.” – Paul Craig Roberts  – ARCHITECTS & ENGINEERS FOR 911 TRUTH IS NOT A CONSPIRACY GROUP BUT A GROUP OF PROFESSIONALS THAT HAVE THE TRAINING TO DOUBT THE OFFICIAL NARRATIVE. KUDOS FOR THEIR EFFORT!!!!!!!!!!!!!!!!!!!

FBI won’t run honest investigation of Hillary Clinton crimes, but is tripping over itself to investigate the theft of files that might expose the truth about 9/11 – Ethan Huff

Tucker Carlson and the Plight of the Yellow Vests – “I have to hand out sincere kudos to Tucker Carlson. His opening salvo for 2019 was one for the ages. It was a broad-ranging, fifteen-minute rhetorical tour de force. Tying together Mitt Romney’s vulture capitalism, unchecked immigration, political corruption and the destruction of the middle class family, Carlson laid out a story that if everyone took off their ideological blinders for a few minutes (myself included) would see as simply a horror show.” – Tom Luango

Dark Left Starting Soft Civil War (VIDEO) with Kevin Shipp – “Former CIA Officer and whistleblower Kevin Shipp says, “I would say we are in a soft civil war, and the ones that are starting this civil war, and they have gotten more aggressive almost by the day, they are what you call the “Dark Left.” They are no longer the party of JFK.” – Greg Hunter

Why One Should Distrust the News – Eric Zuesse

Bolton Threatens Syria…Again – “The prospect of Washington, under Republicans or undemocratic Dems, turning a page for peace in Syria or any of its active war theaters is polar opposite reality. The US continues waging forever wars against multiple countries, others on its target list to attack. Syria remains in the eye of the storm.” – Stephen Lendman

Shutdowns, The IRS And Stupidity of Americans – “So the IRS won’t pay refunds during the shutdown eh? I will tell you that they have no problem cashing your checks — or issuing TINs. If they won’t pay refunds, which are not their money, but will take money then the American people’s response ought to be an immediate General Strike, right now, end of discussion. It’s not their money. But we’re Ball-less Americanus these days, aren’t we?” – Karl Denninger

US Intel Hid Exculpatory Evidence on Mike Flynn – “When Flynn traveled to a Moscow RT event and sat next to Putin he did so as a US spy, not a Russian agent” – John Solomon

France in Free Fall- “French officials evidently understand that the terrorists are engaged in a long war and that it will be difficult to stop them; so they seem to have given in. These officials are no doubt aware that young French Muslims are being radicalized in increasing numbers. The response, however, has been to strengthen Muslim institutions in France.” – Guy Millière

Powell Promises Patience: So What? It Doesn’t Matter – Mish

Let’s do follow the climate money! – “The climate crisis industry incessantly claims that fossil fuel emissions are causing unprecedented temperature, climate and weather changes that pose existential threats to human civilization and our planet. The only solution, Climate Crisis, Inc. insists, is to eliminate the oil, coal and natural gas that provide 80% of the energy that makes US and global economies, health and living standards possible.” – Paul Driessen

Deuteronomy 32:12  So the Lord alone did lead him, and there was no strange god with him.

Caught up in the whirlwind, can’t catch my breath
Knee deep in hot water, broke out in cold sweat
Can’t catch a turtle, in this rat race
Feels like I’m losin’ time, at a breakneck pace

Afraid of my own shadow, in the face of grace
Heart full of darkness, spotlight on my face
There was love all around me, but I was looking for revenge
Thank God it never found me, would have been the end

Lookin’ back in front of me, in the mirror’s grin
Through eyes of love I see, I’m really lookin at a friend
We’ve all had our problems, that’s the way life is
My heart goes out to others, who are there to make amends 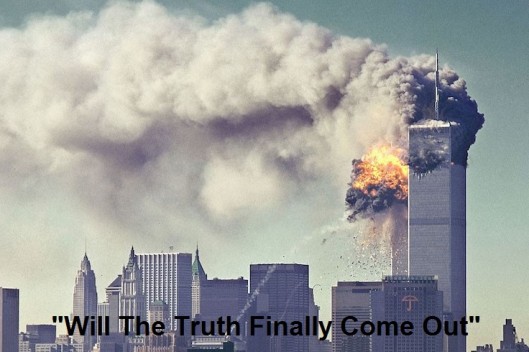